One of the biggest complaints about tech specs for smart phones involves battery life. So it makes sense that there are teams of researchers trying to make better batteries. UC Berkeley is working on an energy storing battery called the “Supercapacitor” (I love the name), SolidEnergy is researching a longer-lasting battery for Google’s Project Ara modular smartphone.

Stanford is throwing its hat into the ring with a new aluminum-ion battery that is safer and could potentially charge a smartphone from dead to full in about a minute. 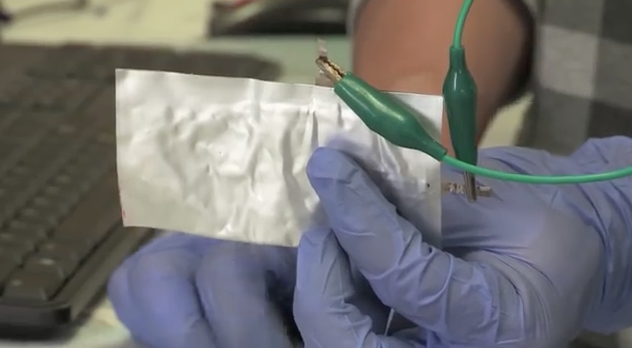 The research team at Stanford put their prototype to the test and discovered that it had “unprecedented charging times” of as little as one minute.

This aluminum-ion battery is designed to be safer than traditional alkaline and lithium-ion batteries. “Our new battery won’t catch fire, even if you drill through it,” said Hongjie Dai, a chemistry professor at Stanford.

Plus, due to the flexibility of the materials, Stanford’s battery can be bent, or even folded, so it has potential for use in rounded electronic devices.

The aluminum-ion battery only generates about two volts of electricity. Typical lithium-ion batteries generate 3.5 volts. So, this battery still needs some work. However, Dai believes that improving the cathode material could help increase the voltage and energy density, making it powerful enough for use in smartphones and other electronic devices.

Although it has one major flaw, the team at Stanford is certainly on the right track. “Our battery has everything else you’d dream that a battery should have: inexpensive electrodes, good safety, high-speed charging, flexibility and long cycle life,” said Dai. “I see this as a new battery in its early days.”