Gaming company Razer introduced its first Android-powered video game console at CES in January. Now the Razer Forge TV is available for pre-order from Amazon for $150.

It should ship in May.

Update: Amazon now says the Razer Forge TV is not currently available, but a handful of other stores are still taking orders, including MacMall and CompSource. The game console will likely be more widely available within a few weeks.

Update 2: It’s now available for pre-order from Razer for $100 and up. 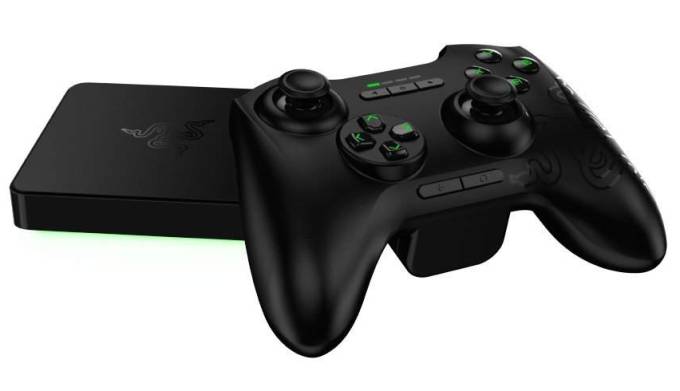 That price gets you a set-top-box with a Qualcomm Snapdragon 805 processor, Google’s Android TV software, but no wireless controller (you can install an app to use your smartphone as a remote). In addition to playing Android games, you can watch videos, run third-party apps, and stream PC games from a computer on your home network.

Razer is also expected to offer a cheaper $100 package that includes the set-top-box and a remote control, but no gamepad.

Razer isn’t the only company planning to launch a game console running Android TV software in the coming months. The NVIDIA Shield console is also expected to launch in May. That $199 device features an NVIDIA Tegra X1 processor, 3GB of RAM, and support for streaming PC games either over a home network from a computer with a supported NVIDIA graphics card, over the internet using NVIDIA’s GRID cloud gaming subscription service.