Roku has updated its line of media streaming devices. Blogger Dave Zatz discovered new versions of the Roku 2 and Roku 3 on sale at a Best Buy store, featuring a slightly updated design, the same prices as their predecessors, and a few significant changes… including an “enhanced remote control” with support for voice search functionality that comes with the $100 Roku 3. 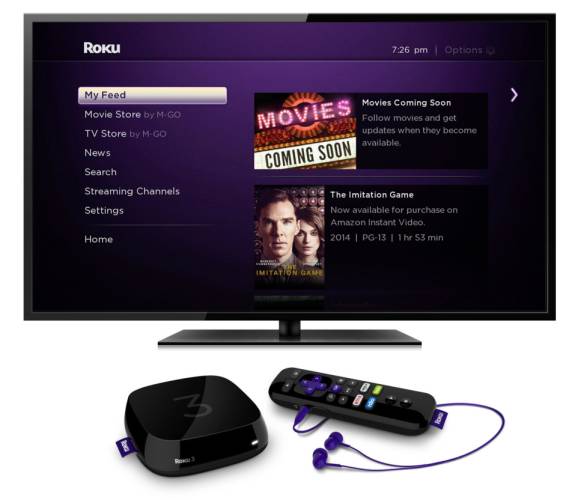 So the only real difference between this year’s Roku 2 and Roku 3 is the enhanced remote. In addition to supporting voice search, it has a motion sensor which lets you use the remote to play games, and a headphone jack that lets you listen to audio without any sound coming from the TV itself. 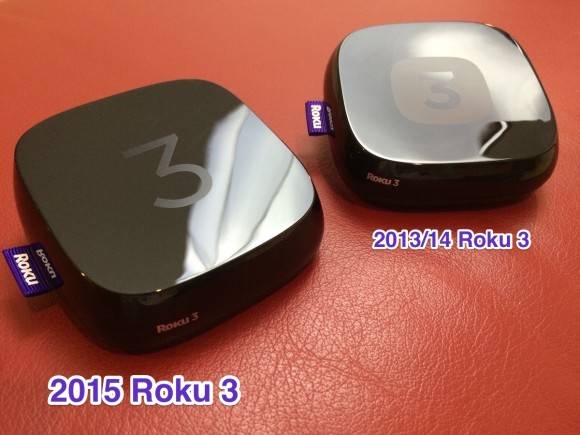 Don’t need those extra features? Then you can save $30 by picking the cheaper Roku 2 which is basically the same device.

Oh yeah, you can also use voice search by firing up the latest version of the Roku app on your smartphone, whether you have the enhanced remote or not. So you could use voice search with the cheaper Roku 2 if you don’t mind using your phone as a mic.

Despite earlier reports, it turns out both models also feature Ethernet and dual-band WiFi.

Roku isn’t the first player in the media streaming business to add a voice search feature. Amazon’s Fire TV products already let you search by voice, as does Google’s Android TV platform. You can also use voice search with an Apple TV, but you’ll have to use an iPhone, iPod touch, or iPad app because there’s no microphone on the Apple TV remote.