Kobo is launching a new eBook reader that has a Kindle Voyage-style display for about $70 less than the price of an Amazon Kindle Voyage. In fact, it costs just a little more than Amazon’s cheaper Kindle Paperwhite. 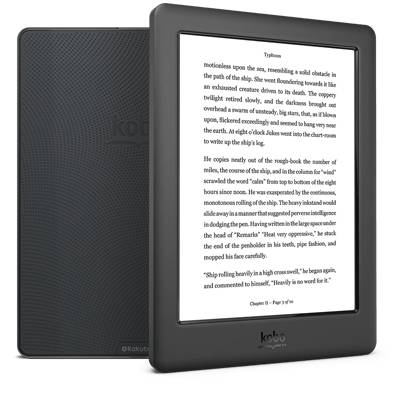 We first spotted the Kobo Glo HD a little early, but now it’s official and, as expected, the new model is cheaper than Kobo’s Aura HD and Aura H20 devices which feature 6.8 inch high-res displays.

The eReader features a 6 inch, 1448 x 1072 pixel E Ink Carte touchscreen display with 300 pixels per inch and Kobo’s ComfortLight illumination for reading in the dark.

The Kobo Glo HD has 4GB of storage but unlike earlier Kobo devices it has no microSD card slot for removable storage. It measures 6.2″ x 4.5″ x 0.36″ and weighs about 6 ounces.

Kobo says the Kobo Glo HD will be available in the US, Canada, Australia, and New Zealand starting May 1st. It’ll hit select European countries in late May and early June.