The Intel Compute Stick is a tiny computer with an HDMI connector on one end. Plug the device into the HDMI port on your TV or monitor, and you’ve basically got an all-in-one desktop that can run Windows or Linux.

Intel introduced the Compute Stick at CES in January, and it’s expected to hit the streets later this month. Now a couple of retailers are taking pre-orders. 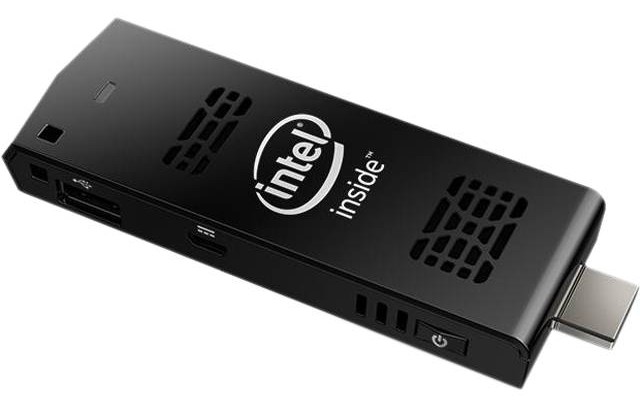 Intel isn’t the first company to produce a PC-on-a-stick. Models with ARM processors and Android software have been available for a few years, and in the past few months we’ve seen Chinese device makers introduce a handful of other models with Intel Atom processors and Windows 8.1 software.

But the Compute Stick comes with Intel name and official support from the chip maker, which could help make it a more attractive option for some customers, even though it costs a little more than some other mini PCs.

Update: It looks like the Linux version of the Compute Stick may ship with Ubuntu 14.04, and you can find the latest BIOS and driver downloads for the Windows and Linux models at Intel’s website.

thanks riddick and Linuxium!