Ikea recently announced plans to release a line of furniture with built-in support for wireless charging, allowing you to drop your compatible phone on a table, desk, lamp stand, or other surface to recharge the battery without plugging in a cable.

But not only will you be able to buy furniture with charging pads built in, Ikea will also help you add wireless charging to your existing furniture. Just buy a $30 Jyssen charger and a $5 drill bit and you can cut a hole into your desk, drop in the charging pad, connect it to a power source and get started. 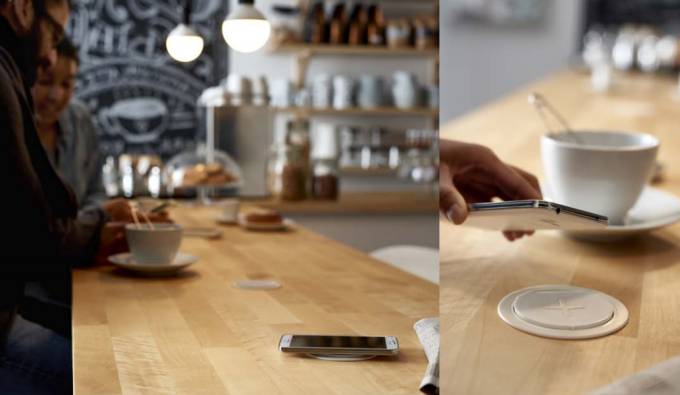 Don’t like the idea of drilling holes? Ikea will also sell wireless charging pads that you can place on top of your furniture instead of within it.

Ikea says it’s wireless charging products will be available in US stores this spring.

The store’s products all use the Qi wireless charging standard, which isn’t the only game in town… but it’s once of the most popular. Even if your phone doesn’t support the Qi standard, Ikea might have something for you though: the company is selling a line of charging cases for select iPhone and Samsung Galaxy models.