Google makes most of its money through advertising and web services, but the company also brings in money through “other revenues” and sales of devices such as Nexus phones and tablets. So when Google reported its earnings for the latest quarter, the company noted that revenue is up year-over-year in just about every area.

But when it comes to that “other revenues” section, things are a little more complicated: revenue from content sold through the Google Play Store was up, but revenue from sales of Nexus hardware was down. 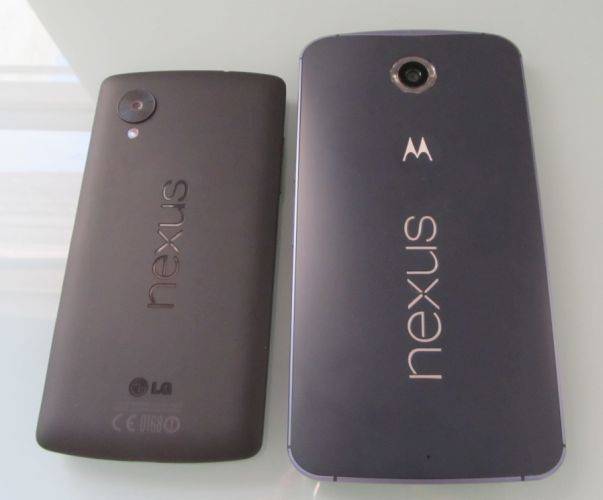 Neither fact is a big surprise: the number of people using Android phones, tablets and other devices continues to rise, which means the audience for Play Store content keeps getting bigger.

As for the Nexus news? Google introduced a new phone and a new tablet last year… and they were both kind of tough sells for many people.

The Nexus 6 is a smartphone with a 6 inch display and a $649 price tag. It’s a pretty great phone — but it costs more than some people are willing to pay, and it has a bigger screen than some people are willing to use. Since the past few Nexus smartphones have cost about half as much, many people had gotten used to thinking of Nexus phones as affordable and they were disappointed in the direction Google took.

The Nexus 9, meanwhile, is a speedy tablet with a starting price of $399… which is again kind of expensive by recent Nexus standards. The 2013 Nexus 7 had a list price of just $229.

I get the feeling Google’s OK with a dip in sales of these products. The company has never really tried to position its Nexus devices as must-have items. Instead they’re built in partnership with device makers to showcase some of the latest hardware and software working together. They make excellent developer phones, and Google offers them to non-developers who want to buy them as well.

But past Nexus devices have proven popular with Android enthusiasts, hackers, and bargain hunters. So it’s certainly notable, if not surprising, that Google’s latest devices have been less popular than their predecessors.