Prefer jotting notes in your own handwriting to tapping away on an on-screen keyboard? Google’s got a new text input method that might be up your alley: Google Handwriting Input is a new app for Android which lets you scrawl handwritten notes. 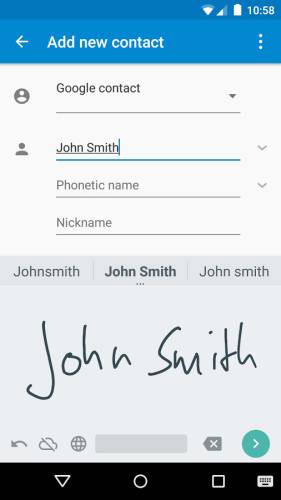 Once you’ve installed the app on a phone or tablet running Android 4.0 or later, just fire it up and follow the instructions for setting handwriting input as your default keyboard. You can always bring up a normal keyboard by tapping the globe icon to switch keyboards.

You can write with your finger, but I suspect you’ll have the best results using a stylus. It can be tough to fit a lot of text on the screen when scribbling notes with a fingertip, but a stylus gives you finer control of your pen strokes.

You can also use emojis by pressing and holding the enter key… and then choose an option from the suggestion bar or draw your own. 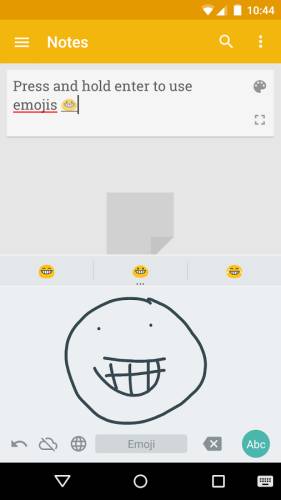 There’s also a little cloud icon in the toolbar at the bottom of the keyboard. Tap this to enable or disable online recognition, allowing Google to anonymously collect your data to further improve handwriting support. 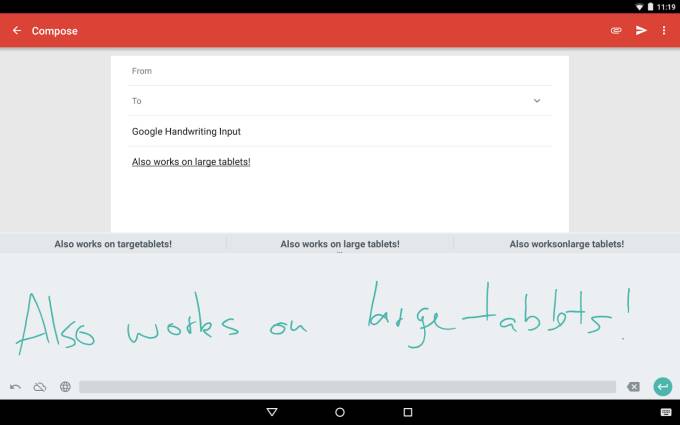 There was a time before on-screen keyboards became all the rage, when the Apple Newton, Palm Pilot, and early Windows CE/Pocket PC devices all used handwriting recognition for text input. But those systems all shipped with some sort of stylus.

These days most smartphones and tablets are stylus free… but the pen is making a comeback thanks to the popularity of the Samsung Galaxy Note series of devices and similar products. So maybe it’s not surprising that Google is offering a handwriting recognition app. What is a bit surprising is just how well it seems to work, even without a stylus.