The European Commission has been looking into questions of whether Google has been using its dominant position in search to violate European Union antitrust rules — and the commission has sent a Statement of Objection suggesting that the US-based search company’s shopping comparison system may cross that line.

The Commission has also started looking into whether Google’s handling of the Android operating system may also violate EU antitrust regulations. 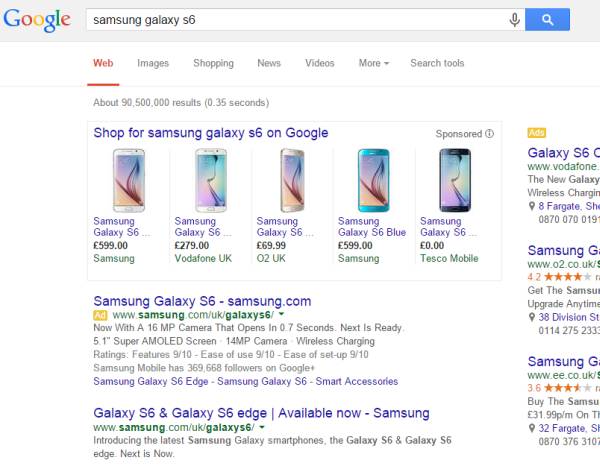 As for the shopping comparison complaint, the basic argument is that Google could be abusing its position when it displays its own shopping results at the top of the page when you search for items. This could put third-party shopping comparison sites at a disadvantage.

In a blog post, Google responds that it has data showing otherwise: the company has been showing flight information at the top of its search results for a few years, but Expedia, Orbitz, Priceline, and Travelocity still dominate the flight search space.

Note that the European Commission’s statement is only based on “preliminary conclusions,” suggesting that Google’s own shopping results should be subject to the same algorithms as other search results. A final decision about any actions the Commission will take won’t come until after Google issues a formal response (and not just a blog post).

When it comes to Android, the Commission is investigating Google’s practice of bundling its own apps such as Gmail, YouTube, and Google Maps along with the Google Play Store. Basically if phone or tablet makers want to ship a phone that has access to the Play Store (and the million or so apps that you can download from that store), they also have to bundle a bunch of other Google apps.

Not surprisingly, Google’s response is that the company offers Android for free to anyone that wants to use it: you don’t need the Play Store or other Google apps to use Android. In fact, Amazon’s Fire phones, tablets, and TV boxes all uses a modified version of Google’s operating system without any of Google’s apps or services.

The European Commission is just beginning its formal investigation of Android and isn’t making any judgments yet. But theoretically the group could reject Google’s argument and rule that the company’s practices are making it harder for rival apps, services, or custom versions of Android to arise… which could lead to a request for Google to unbundle some of its apps or make other changes… at least in Europe.