Epson is getting into the PC-on-a-stick space with the launch of a tiny Windows computer that you can plug into any display with an HDMI port. It’s basically a variation of Intel’s Compute Stick with a custom case, an Epson logo, and an optional wireless keyboard.

The Epson Endeavor SY01 should be available in Japan in May for about ¥ 18,000 and up. That’s $150 US, which is the same price Intel charges for the Compute Stick in the States. 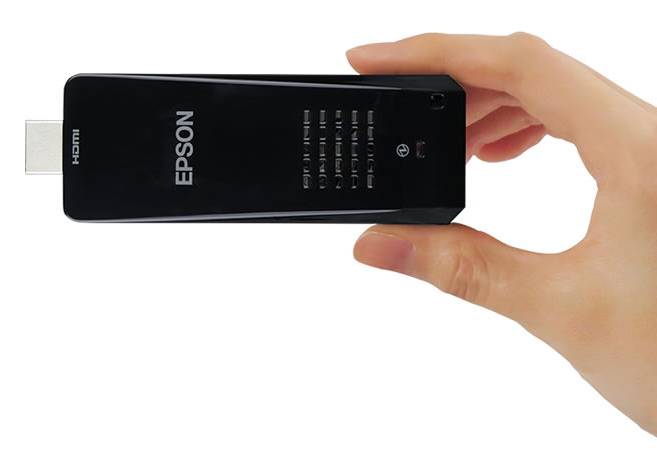 There’s a full-sized USB port, a micro USB port, a microSD card slot, and an HDMI connector. If there’s not room to plug the stick directly into the HDMI port on your TV or monitor you can also use an extension cable.

There’s a small fan inside the case which helps keep the system from overheating.

Epson will also offer a version of the computer that comes with a wireless keyboard and touchpad for $180.

Outside of Japan Epson is probably better known for its printers than its computers. But in its home country the company offers a range of products including PCs, wearables, and yes… printers.