Cyanogen OS is an operating system for mobile devices that’s based on Google Android… but the makers of Cyanogen OS have been pretty vocal about plans to reduce their reliance on Google’s apps.

Now the company has announced a strategic partnership with Microsoft, which means  future versions of the Android-based operating system could feature tight integration with Microsoft’s search, communication, and office apps, among other things. 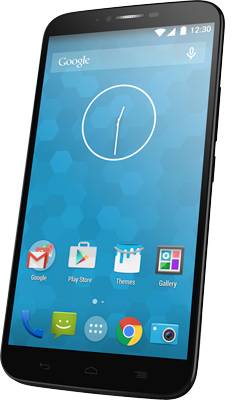 Earlier this year there had been rumors making the rounds that Microsoft would be investing in Cyanogen Inc. But when the company announce it had raised $80 million in funding in March, Microsoft was not one of the companies named.

But apparently the companies were having conversations about working together.

There’s no mention of any of those apps replacing their Google equivalents… at least not yet. But Cyanogen Inc eventually plans to launch its own app store and when that happens, don’t be surprised if the company drops the Google Play Store, Gmail, Google Maps, and other software altogether.

The move also makes a lot of sense for Microsoft: While the company would clearly like it if you’d buy a Windows Phone, the company’s mobile platform has a relatively tiny share of the smartphone market. So Microsoft has also been going to where the customers are by offering Android and iOS versions of many apps, as well as some software designed specifically for those platforms.

Partnerships with companies like Cyanogen could get get Microsoft’s apps and services into the hands of people who might not otherwise download them… if the whole partnership doesn’t turn people off from the idea of using Cyanogen OS in the first place.

Update: Android Central reports that users will be able to uninstall the Microsoft apps that will come pre-loaded in Cyanogen OS.