The tablet also supports 4G LTE networks, and AT&T plans to offer it for $75 to customers who sign up for a 2-year plan with prices starting at $10 per month (when you add the tablet to an existing data plan. 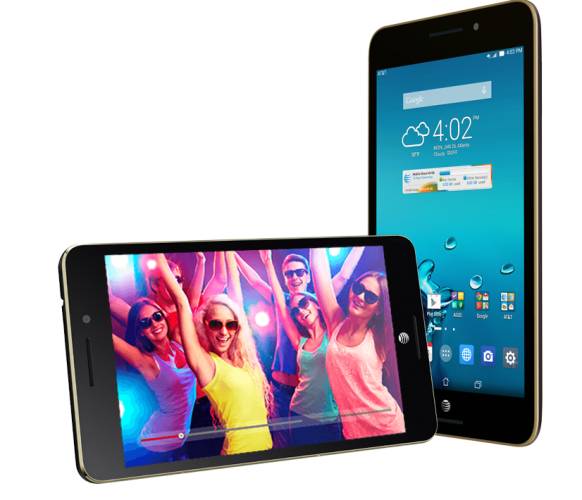 The tablet has 2GB of RAM, 16GB of storage, a microSD card slot, and Android 4.4 KitKat software with the Asus ZenUI user interface.

Asus says the tablet measures about 0.4 inches thick, weighs 10.5 ounces and has a bright display with 400 nits.

The company also sells a WiFi-only version of the MeMo Pad 7 with an Intel Atom Z3560 processor if you’d rather not pay $10 per month for 4G (or if you’d prefer to just use the tablet with a mobile hotspot.