As with practically every high-profile gadget to hit the market, the folks at iFixit took apart Apple Watch Sport to reveal what is inside. There were no new revelations on the hardware. But it looks like the Apple Watch is nearly impossible to repair.

The DIY gadget repair website meticulously took apart every possible aspect of Apple Watch Sport and gave us some insight into whether the wearable gadget will survive many years of use.

Unsurprisingly, the answer is no. 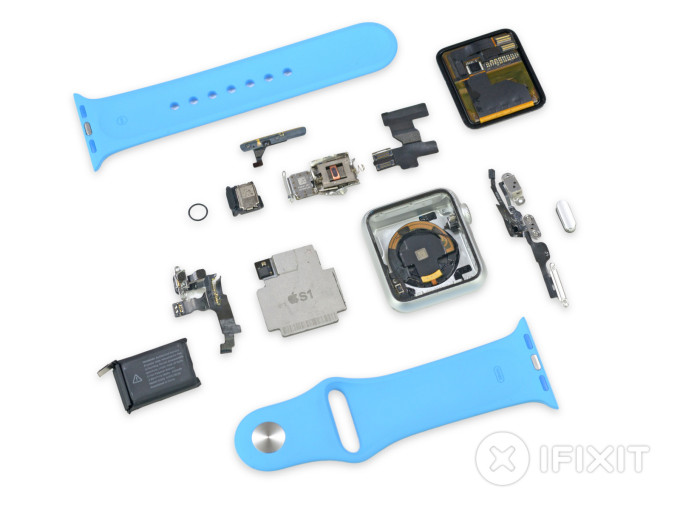 We already know that you can easily remove the band so you can swap it out for another. There is a button on the backside that you can push to release the mechanism that secures it in place. Rumor has it that you can’t swap bands between different models, but according to Apple the bands are interchangeable as long as they are compatible with the size of the display (38mm or 42mm).

The display screen is easy enough to lift open with the right tools (a heating element, tech knife, and prying tool). But, once open, it appears that disconnecting the display is difficult because the cables are “trapped under a springy bracket.” Difficult, but not impossible. 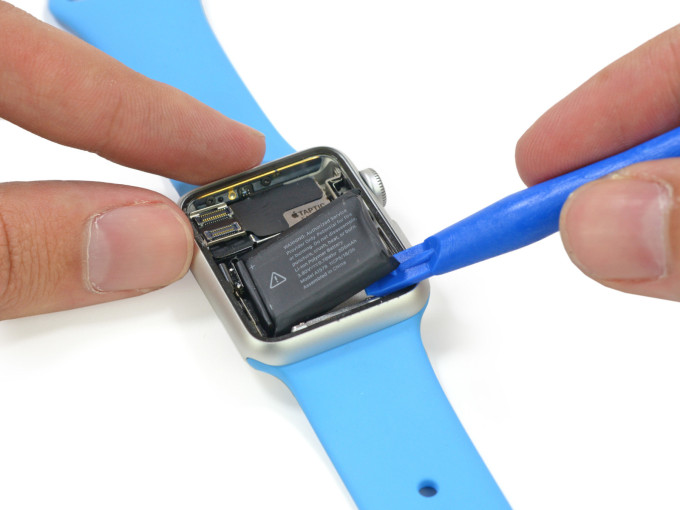 On to the battery, which is surprisingly easy to remove. According to iFixit, the power source is held in place with light adhesive and could be quickly removed with a plastic opening tool. Way to go Apple.

After that, everything else is a mess. iFixit was unable to successfully remove the S1 chip because there were soldered connectors that couldn’t be properly removed and were ripped out when trying to lift the chip.

Basically, Apple doesn’t seem to have plans to make their wrist worn device upgradable beyond battery replacement. So if your device only runs for a few hours at a time in a few years, you might be able to revive it with a battery transplant. But if it starts to feel sluggish after downloading the latest OS or doesn’t handle the latest third-party apps, you might need to buy a new watch with a faster processor.

Apple probably doesn’t expect you to replace the battery yourself — but the company will offer to replace it for you, which could come in handy if you plan to continue using your watch for more than a year or two.

Apple’s software upgrades are traditionally only compatible with devices that are a few years old (iOS 8 is compatible as far back as iPhone 4s, which launched in Oct. 2011), which means the first-generation Apple Watch will probably be obsolete in four years.  While we still haven’t seen the inside of the Edition model, if it looks anything like Apple Watch Sport, the $10,000 gadget may not be long for this world.