Acer was the first company to introduce a Chromebook with a 15.6 inch display when it introduced the $250 Chromebook 15 in January. A few months later the company added a more powerful model with a Core i5 processor for $500.

Now Acer is going the other way, introducing a cheaper model with a starting price of just $200. The Acer Chromebook 15 CB3-531 should be available in North America starting in July. 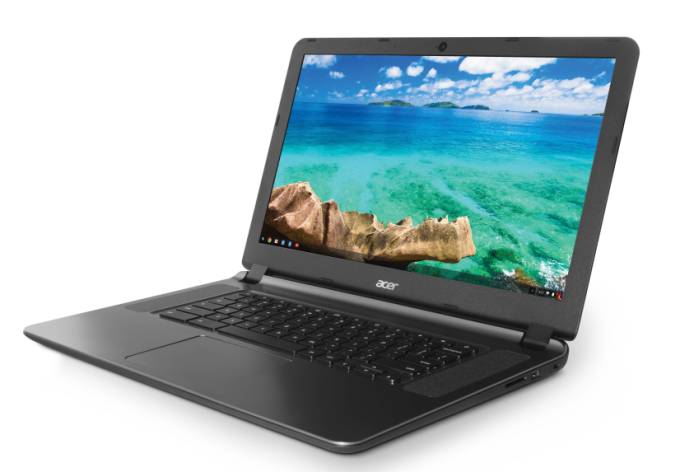 Other features include 802.11ac WiFi, stereo speakers located on either side of the keyboard, and an HD webcam.

If you’re looking for a more powerful model, Acer also offers the CB5-571 consumer model and C910 commercial/education model. These Chromebooks have the same basic design as the CB3-531, but they come with a choice of 1366 x 768 pixel or 1920 x 1080 pixel displays, feature 4GB of RAM, and are available with 16GB to 32GB of storage.