Acer may be getting ready to expand its Chromebox family with a new model sporting an Intel Broadwell processor.

Right now the company sells a few models with Intel Celeron and Core i3 Haswell processors. They’re priced between $180 and $400. But at an event in new York last week Acer handed out a spec sheet for new and upcoming products including the Acer Chromebox for meetings CXV2. 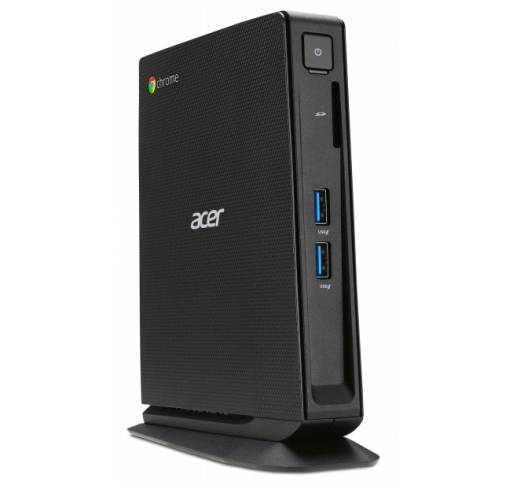 It’s a small desktop computer with Chrome OS software, an Intel Core i3-5005U Broadwell processor, 4GB of RAM, and 16GB of storage. It’ll likely be sold as a premium device for audio and video conferencing, like other products sold through Google’s Chromebox for Meetings initiative.

Acer hasn’t revealed the price or launch date yet, but the company says it’s possible this model could be available in the US this summer.

There’s no official word on whether the company has plans to offer lower-cost models that might be more appropriate for consumers… but I wouldn’t be surprised if last year’s cheaper models get a Broadwell or Braswell update in the not-too-distance future.