There are plenty of boxes designed to let you run Android apps on your TV. The problem is that many Android apps aren’t designed for television screens, which means they can be tough to navigate using a remote control, gamepad, or even a mouse and keyboard.

The ZRRO Box is a TV box that aims to tackle this problem by bundling a touch and hover controller. Theoretically this lets you tap, swipe, pinch, and zoom in apps running on your TV just as if you were holding a phone or tablet in your hands.

In practice there may be a few problems with the theory… but that hasn’t stopped the folks behind ZRRO from raising more than $200,000 through pledges from backers of a Kickstarter campaign.

Update: The ZRRO project has been canceled and the developers plan to issue refunds to backers of the campaign due to issues with the manufacturer.

Here’s the idea: the ZRRO system consists of a TV box running Android software, a ZRRO Pad wireless controller, and any TV with HDMI input.

Look at the TV while holding the ZRRO Pad in your hands and you should be able to interact with the TV as if it were a touchscreen. Worried that you won’t know where to put your fingers since you’re not actually touching the TV? That’s where the hover feature comes in.

The controller detects your thumbs or fingers as they float above the screen and shows circles on the TV corresponding to the location of your thumbs. This lets you position your digits before placing them on the screen to tap or swipe. 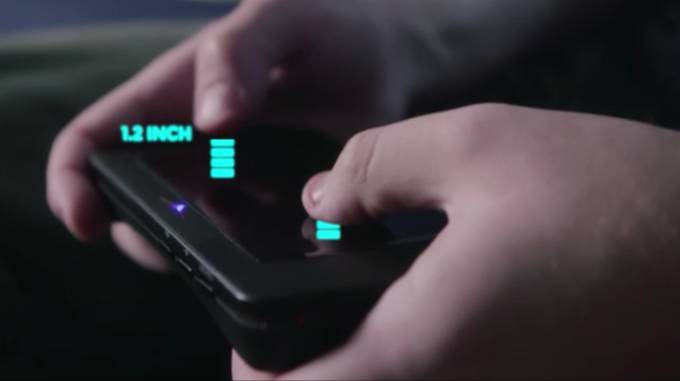 The ZRRO Pad also supports vibration feedback and it has an accelerometer for motion controls as well as home, back, and recents buttons.

Note that the ZRRO Box runs the phone/tablet version of Android rather than Google’s official Android TV software. That means you’ll be able to download thousands of apps from the Play Store which aren’t optimized for Android TV and which won’t show up in the Store if you’re using a device like a Google Nexus Player or NVIDIA Shield Console.

So does it work? Kind of. Gizmodo tested a demo and found that it can be tough to accurately position your fingers even with the hover-and-touch system. The touch controller reportedly works better than the actual TV box though, which has an Amlogic S802 processor, 2GB of RAM, 16GB of storage, and reportedly sluggish performance.

The good news is that there are a few days left in the Kickstarter campaign… and now that the ZRRO team has met the initial $200,000 goal they’ve set a stretch goal: if the project hits $250,000 in funding, they’ll upgrade the hardware to a more powerful Amlogic S812 chip.

The developers hope to ship ZRRO Box and and ZRRO Pad controllers to Kickstarter backers who pledge $149 or more starting in September.