Google is now letting users upload 360-degree videos to YouTube. Load them up on the YouTube app on your Android phone or tablet, and as you move your phone the view will change just as if you were standing on the scene and moving your head to catch a different view of the action.

You can also fire up 360-degree videos in a desktop web browser and use a mouse to change your point of view. But the effect is way cooler when you use a mobile device. 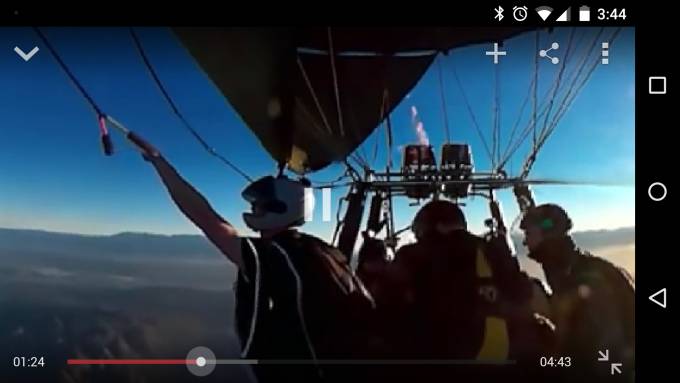 360-degree videos look pretty cool on a smartphone screen… but they’ll probably look even better in a virtual reality headset since all you need to do is move your head to change your view. Now that there are a growing number of those headed to market, it makes sense for Google YouTube/to start generating content that will be able to take advantage of the platform.

And since some virtual reality like Google Cardboard and Samsung Gear VR headsets are basically smartphones, all you need is the latest YouTube app running on Android 4.4 or later to get started. Google says iOS support is in the works.

YouTube is showing off the potential of the 360-degree videos with a featuring half a dozen videos.

If you want to create and upload your own videos you’ll probably want a camera that can record videos in the spherical video RFC format.

Google has a list of compatible cameras including models that sell for around $300 and up.

You can also use a custom camera rig or software such as Kolor Autopano that can stitch videos together to create a 360 degree effect.