The Microsoft Surface Pro 3 is a thin, light, and powerful Windows tablet that’s incredibly hard to repair or upgrade on your own. There are no visible screws on the case and if you try to separate the screen to open up the tablet you run the risk of breaking the glass.

But if you do manage to get inside the Surface Pro 3 it’s actually not hard to pop out the solid state storage and replace it with a higher-capacity SSD.

So how do you get the case open without cracking the glass? With a drill. 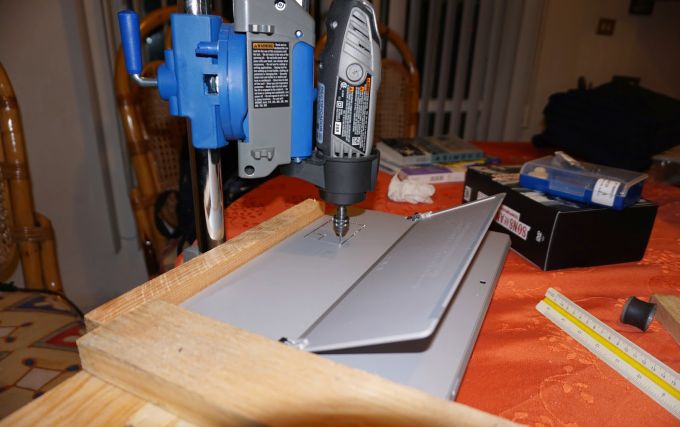 Jorge Malagon purchased a Surface Pro 3 with 256GB of storage, but he wanted to replace the SSD with a 1TB mSATA SSD. So he took a dremel, set it up like a power drill, and carefully cut a hole in the tablet just around the area where the SSD was hidden.

First he printed a life-sized diagram of the tablet showing its insides, lined it up with his Surface Pro 3, and drew line over the SSD area before drilling away.

Once he was finished creating a hole in the case he was able to remove the two screws holding the SSD in place, pop it out, clone the SSD onto a larger driver, and then replace it. 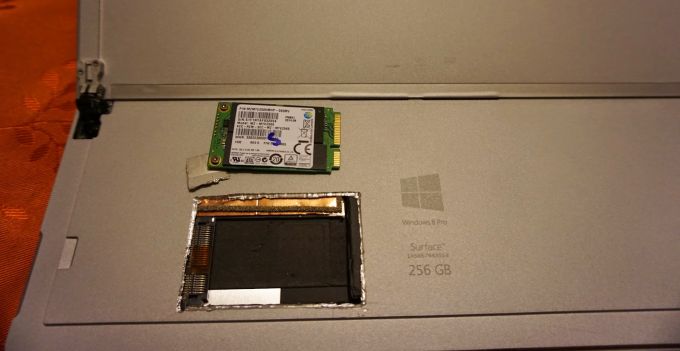 One of the nifty side effects of this hack is that you can cover the hole with just about anything, since it won’t actually be visible most of the time: the Surface Pro 3 kickstand covers the portion of the tablet above the SSD.

Theoretically you could buy a cheap Surface tablet and save money by upgrading the storage yourself — a Surface Pro with 64GB sells for $799 (or less). But if you’d prefer not to void your warranty it might just be safer to buy a model that has as much storage as you need.