Meerkat move over… there’s another app that lets you stream live video from your smartphone and share it through Twitter. It’s called Periscope, and it’s run by Twitter.

So what is Periscope, and does it spell Meerkat’s doom? 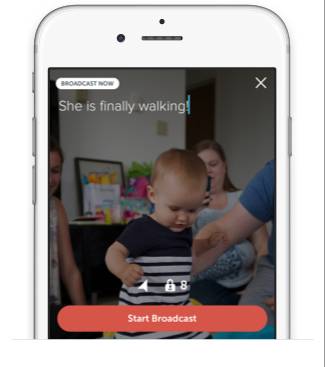 Taking the second part first, not necessarily. Meerkat has a head start, a lot of users, and a new round of venture capital which could help the company expand.

But now Meerkat has to compete with Twitter which could be difficult considering Twitter pretty much owns the road that Meerkat had been driving on. As the folks behind image-sharing service TwitPic can tell you, building a business that relies on Twitter can be risky.

The good news for users is that Twitter’s alternative to Meerkat is reportedly pretty good.

Periscope lets anyone pull out a phone and start streaming video from their camera live over the internet while sharing it with users through a Twitter link. Want to sit in on a live concert, check out a panel discussion at a conference, watch an athlete during practice, or just about anything else? Just browser the available streams to see what’s on.

While Meerkat’s focus is primarily on live video, Periscope also lets you save videos so they can be watched later. Periscope employees will also help you find videos worth watching by highlighting some of the best in a curated listed.

Follow someone on Periscope and you’ll get a push notification when they go live (although you can turn this feature off). Want to let them know what you think of the video… or suggest they change the camera angle? Your comments will show up in real-time.

Live video isn’t exactly new. Skype and other messenger apps have allowed people to make video calls to individuals or small groups over the internet for ages. But services like Periscope and Meerkat are shaking things up by turning every iPhone into a portable, social broadcast studio and letting you stream to anyone willing to watch.

At launch the Periscope app is only available for iOS, but search Twitter for periscope.tv in just about any web browser and you can check out live streams from users as they attend classes, draw artwork, and more. 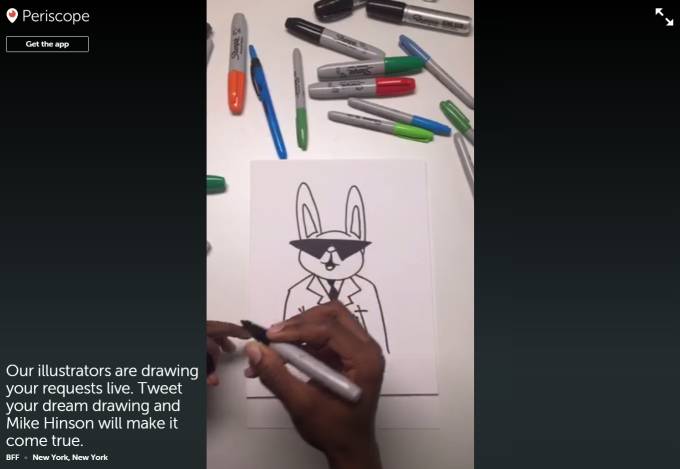