Swiss watch maker TAG Heuer is getting into the smartwatch space. The company announced a partnership with Intel and Google to launch a product using Google’s Android Wear software. 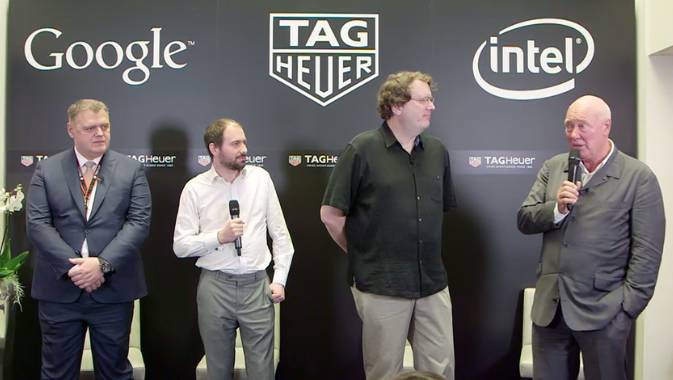 The first TAG Heuer smartwatch is expected to launch by the end of the year, and the company isn’t saying anything about the specs, the exact launch date, or the price yet. But Reuters reports it will offer fitness tracking features, GPS location capabilities and longer battery life than the Apple Watch (which needs to be charged every day).

A Google official also says TAG Heuer will be the first company to release a luxury smartwatch (although I suspect LG and some other companies might beg to differ). It may also be one of the first to feature an Intel processor.

TAG Heuer says the watch will be put together in Switzerland and 80 percent of the value will come from the Swiss components… but it might not have “Swiss Made” written on the watch since it will likely have a processor or other components which are produced in other countries. Instead, it may be labeled with language such as “assembled in Switzerland” and “Intel Inside.”