Gaming accessory maker Snakebyte is launching a new box designed to bring games, media, and other content to your TV. It’s an Android-powered device called the Snakebyte QEUS which is expected to launch this summer for under $100. 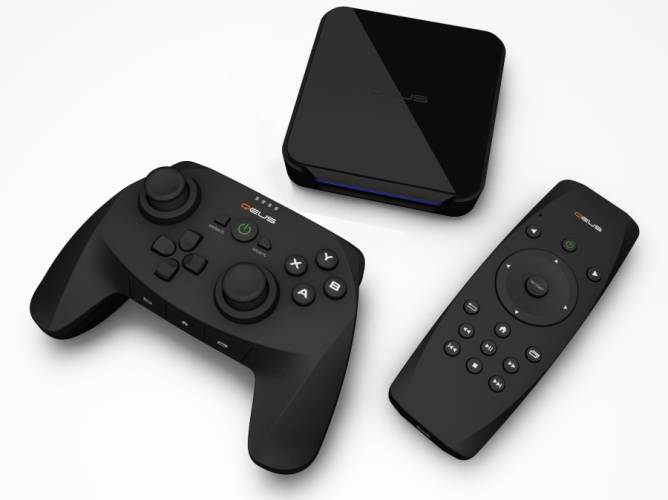 The box comes with a game controller and a remote control with media and Android navigation buttons on one side, and a QWERTY keyboard on the other. It has a 6-axis sensor for motion controls.

Snakebyte says the QEUS can play music or videos from USB storage stream content from DLNA devices on your home network.

The company says the QEUS will support the Google Play Store but it will also have a gamestore powered by Nexway. The press release also mentions support for “cloud gaming and in-home streaming,” but doesn’t offer any specifics.

It sounds like Snakebyte is trying to position the QEUS as an alternative to Razer’s Forge or NVIDIA’s Shield game consoles, both of which will be able to stream games from a PC on your home network, while the NVIDA Shield will also support NVIDIA’s GRID service for streaming PC games over the internet.

This isn’t the first time Snakebyte has made a play for the living room — a few years ago the company introduced a 7 inch Android tablet called the Vyper that came with a docking station designed to let you mirror content on a TV.