The HTC One M9 isn’t the only flagship smartphone going up for pre-order at midnight. Samsung has announced that the Galaxy S6 and Galaxy S6 Edge will also be available for pre-order starting March 27th.

Like the HTC One M9, Samsung’s new phones will be available in US stores starting April 10th. 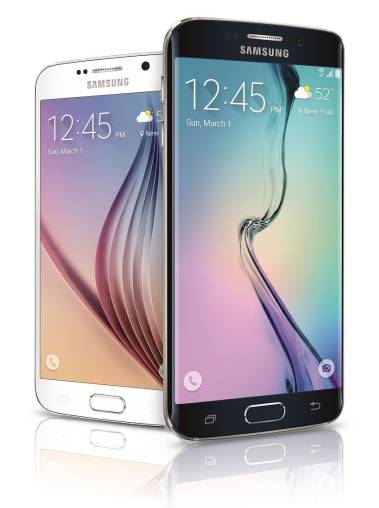 Samsung isn’t talking pricing yet, leaving that up to wireless carriers. T-Mobile has already revealed that its prices will begin at $680 for a Galaxy S6 with 32GB… but that’s the price over 24 payments. AT&T will charge $22.84 per month for the phone, which comes to about $550 over 2 years.

Update: Sprint will offer the phone for “free” when you sign up for a 2-year Unlimited contract at $80 per month.

Samsung’s Galaxy S6 Edge is a more expensive model with similar specs, but has a display which folds over the left and right edges of the phone and features a slightly larger battery.

Early reviews of Samsung’s new phones seem pretty positive, although some folks will be disappointed that neither model has a removable battery or microSD card slot — two features that had been present on most of Samsung’s earlier Galaxy phones.