A few months ago Chinese gadget maker Pipo launched a small computer/TV box with an Intel Atom Bay Trail processor and Windows 8.1 with Bing software. It’s called the Pipo X7 and it sells for about $114 and up at AliExpress.

Now the company has a new model called the Pipo X7S. It has the same basic hardware, but this model dual boots Windows 8.1 and Google Android 4.4 KitKat. 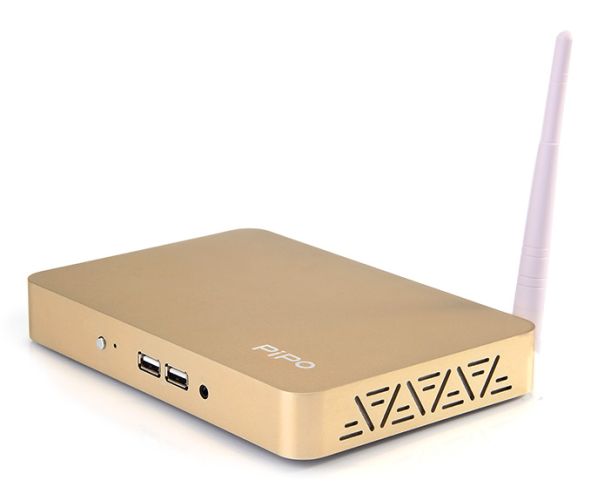 The new model also has a gold-colored case instead of the plain white case that came with the Pipo X7, if that’s the sort of thing that matters to you.

Geekbuying is taking pre-orders for the Pipo X7S for $130, and the retailer posted the unboxing video below.

16 replies on “Pipo X7S is a dual-boot, Windows and Android TV box”