The Raspberry Pi line of single-board computers are small, inexpensive systems that you can use to learn to code, set up as a media center PC, or use as the basis for hardware projects line game consoles, home automation systems, or robots.

If you want to use a Raspberry Pi around the house you can just plug it into a wall jack, hook up a keyboard, mouse, and monitor and you’re all set. But if you want to use it as a portable device you’ll need a battery… and that’s where the PiJuice comes in.

It’s a portable battery module designed to power a Raspberry Pi on the go. The creators are running a Kickstarter campaign and you can request a unit for a pledge of £24 ($36) or more. 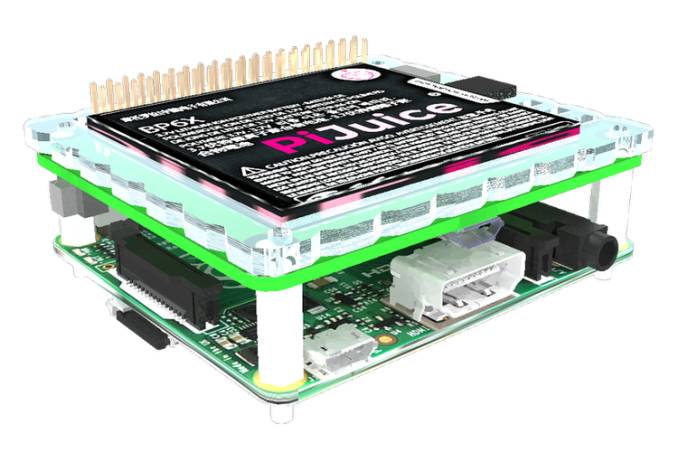 The basic PiJuice module features a 1400 mAh Lipo battery which should provide up to 24 hours of battery life for a Raspberry Pi. It supports a low-power deep-sleep state, wake on interrupt or calendar event support, and a power management API is available. There’s also a multi-color RGB LED light.

PiJuice uses a 40-pin connector that should work with the Raspberry Pi Model A+, Model B+ and Raspberry PI 2 Model B.

Want to go completely off the grid? There’s a PiJuice Solar which includes the PiJuice module and a 6V solar panel. You’ll need to pledge £115 ($171) or more for the solar kit.

So what can you do with a battery-powered Raspberry Pi? You could build a portable media player, camera, or handheld game console — there are PiJuice Maker Kits with guides for building your own. 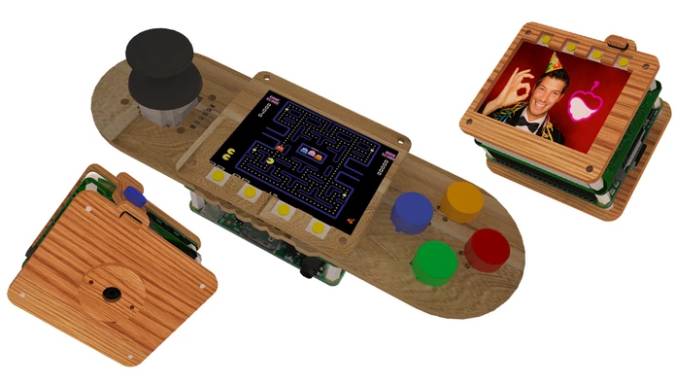 The solar version lets you set up cameras, weather monitors, or other outdoor projects that can operate continuously without a power cable running from your garage.