Microsoft plans to ship a brand new web browser with Windows 10. Code-named “Spartan,” the new browser won’t replace Internet Explorer right away — both web browsers will be included in the next version of Windows. But it’s pretty clear that Spartan is the future and IE is the past.

Spartan has a new rendering engine, a simpler user interface, and optimizations to let it run equally well on tablets, phones, and notebook or desktop computers.

For the first time Microsoft is also working with third-party software developers to improve the code of the web browser. 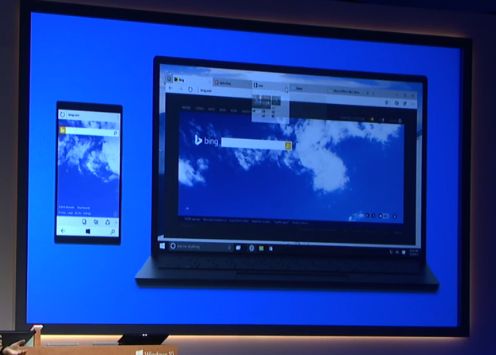 Spartan won’t be an open source project like Mozilla’s Firefox web browser. Independent developers won’t be able to inspect or modify the code.

But Microsoft has announced that it’s working with “other major Web entities” who are contributing code. The first company Microsoft is naming is Adobe.

Why partner with Adobe at a time when the company’s Flash plugin is rapidly being replaced by HTML5 and other web technologies? Because Adobe is more than just Flash.

The company contributes to open source projects such as WebKit, Blink, and Gecko (used by Safari, Chrome, and Firefox, respectively) and now Adobe can contribute to Microsoft’s closed-source web browser as well. Microsoft is highlighting some CSS design elements that Adobe has contributed, giving web developers more control over how colors are displayed in your web browser.

The end result is that web content stands a better chance of looking the same in Spartan as it does on other popular web browsers.

11 replies on “Microsoft’s “Spartan” web browser to include code contributed by Adobe, other software makers”