The Motorola Moto 360 smartwatch was the first device with Android Wear software to feature a round watch face for a sort of classic watch design. It’s also customizable, thanks to the Moto Maker web app which lets you choose the finish, band, and default watch face.

But soon there may be even more options. Lenovo CEO Yang Yuanqing reportedly posted (and then removed) a photo to Chinese social network Weibo showing what appears to be a new version of the Moto 360 smartwatch. 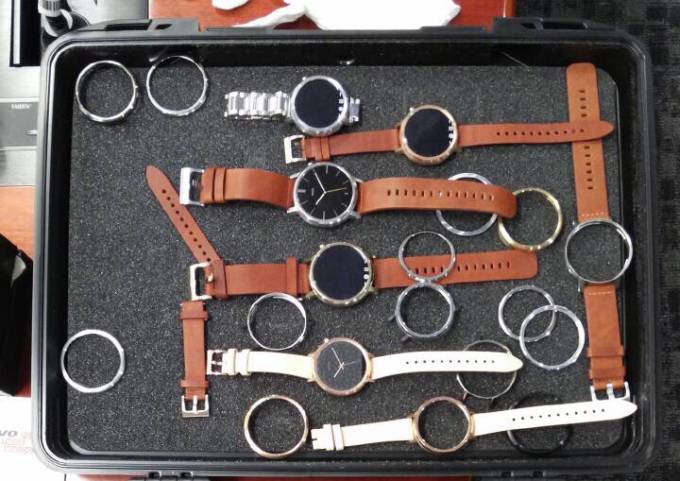 Lenovo is Motorola’s parent company, so it’s not odd Yang Yuanqing would have access to new hardware. What is a bit surprising is that he would post a picture before the watch was officially introduced.

So what’s new? While there are no details about the processor, display resolution, or other specs, Droid Life reports that the watches shown in the photo have lugs for attaching watch bands, while the original Moto 360 has a slot beneath the case where you can connect a wrist strap.

It also looks like the watch will come in at least two different sizes: right now you can get watch bands in different widths but there’s only one size for the watch itself.

One thing that doesn’t appear to have changed? There seems to be a small black bar at the bottom of the screen which means that the display isn’t quite a complete circle… although I suppose it’s possible we’re looking at early prototypes based on the first-gen Moto 360 and that the final design could look a little different.