The iRig was a huge hit for iOS musicians when it first launched in 2010. This was one of the first and, at the time, best adapters to allow you to connect your guitar to your iPhone or iPad.

Since then, IK Multimedia has launched dozens of accessories and apps for musicians with most of its focus on Apple. Today, the company is officially launching the second version of its most popular adaptor, the iRig 2, with on-board gain control, a quarter-inch amp output, and compatibility for recent Samsung smartphones as well as other Android 5.0 supported smartphones and tablets.

It is available today from the company’s website for $40. 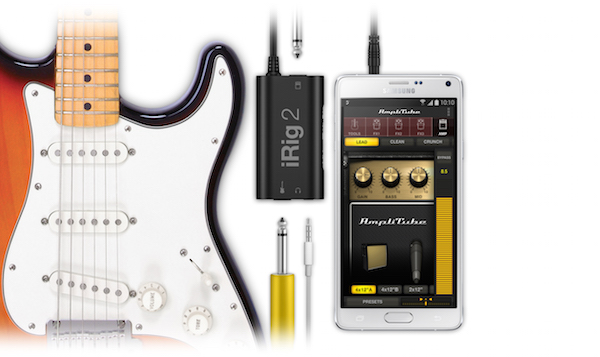 The iRig 2 is designed so musicians can connect to a mobile device via the headphone jack. Plug the adaptor into your mobile device. Then, plug your instrument cable into the adaptor. Connect headphones to play your shredding metal riffs privately so the sleeping kids aren’t disturbed. Or, use the new quarter-inch output jack to plug directly into your amp and turn it up to 11.

With the on-board gain adjustment, musicians have more control over fine-tuning the effects sound. Instead of one gain for all devices, this feature allows you to tweak the volume up or down, depending on the type of music you are playing and the device you are connecting to.

There is also a clean channel on the iRig 2. So, you can switch between connecting to an effects app and playing your guitar clean, straight through to your amp. 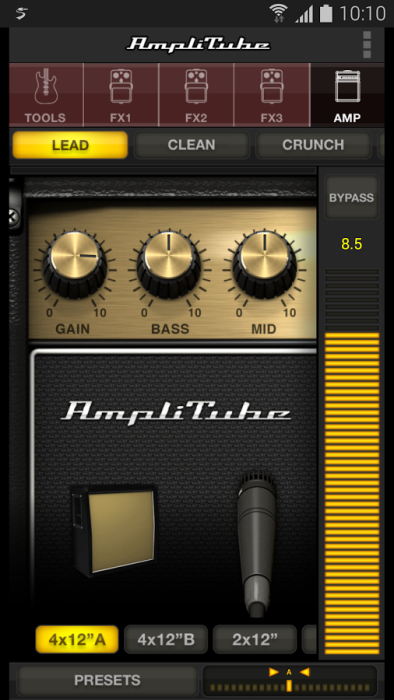 As for software, IK Multimedia offers AmpliTube for iOS and Android. I own the full version of AmpliTube for iOS with a few upgrades, as well. It is an amazing effects app with nearly unlimited options. I can make my guitar sound like Tony Iommi’s. It is incredible.

There is a free Android version with seven gear models available on Google Play, as well as the full version for $19.99, which comes with 23 gear models. I have not tried the Android version of AmpliTube. However, from some of the customer reviews, it appears the company is still working out some of the bugs with Lollipop compatibility.

Speaking from experience with IK Multimedia and iOS devices, I have confidence that the app will eventually be bug-free, or at least as bug-free as possible.

You don’t need AmpliTube in order to use the iRig 2. It is compatible with hundreds of effects apps for iOS and Android. AmpliTube just happens to be the app that IK Multimedia makes (and I happen to love it). 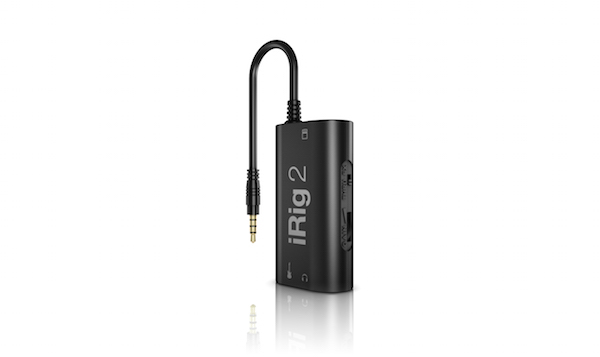 The iRig 2 is compatible with Samsung’s Android phones that use the company’s Professional Audio SDK. That includes the Note 3, Note 4, Galaxy Edge, Galaxy S5 and the upcoming S6. Other devices running Android 5.0 and later should also be supported.

The company just doesn’t seem to be promising stellar performance on anything other than a Samsung phone.

I haven’t taken the iRig 2 for a spin yet. But I’ve been satisfied with the company’s previous adaptor and can’t imagine that this one would be any different.