In fact, Haier and Hisense are each launching new Chromebooks with starting prices of $149.

These aren’t the first Chrome OS laptops to feature ARM-based processors. Samsung launched a line of Chromebooks with its own Exynos processors a few years ago, and there are few models on the market right now with NVIDIA Tegra chips.

But Rockchip’s RK3288 offers reasonably strong performance at a low price point, making it an interesting choice for affordable laptops. Up until now the processor has been used primarily for Android tablets and TV boxes.

Here are some of the first Chromebooks to feature Rockchip processors.

At first glance, the Asus C201 Chromebook looks a lot like the Asus C200 Chromebook. But under the hood this model has Rockchip’s ARM-based processor rather than an Intel Bay Trail chip.

Other features include a 1366 x 768 pixel display, 16GB of storage, and a choice of 2GB or 4GB of RAM. Asus promises the laptop will get up to 13 hours of battery life.

The Asus C201 Chromebook should be available in May for $169 and up.

Asus is also introducing a new 10.1 inch convertible Chrome OS laptop that has a 10-point touchscreen display that you can flip 360 degrees to use like a tablet. 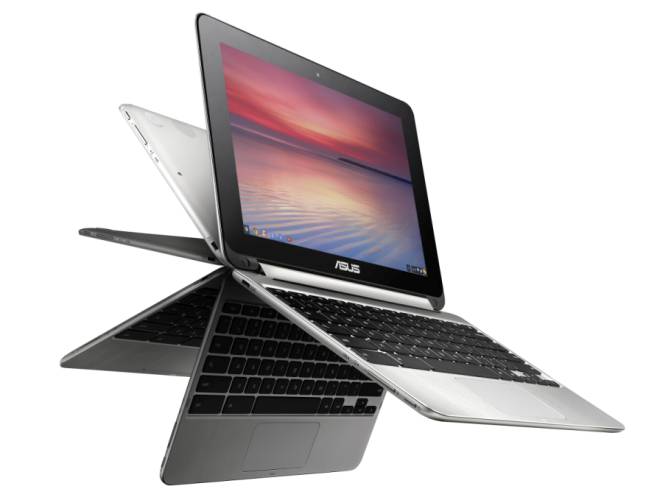 CTL has been making laptops for the education market for years, but this is the company’s first Chromebook with an ARM-based processor. 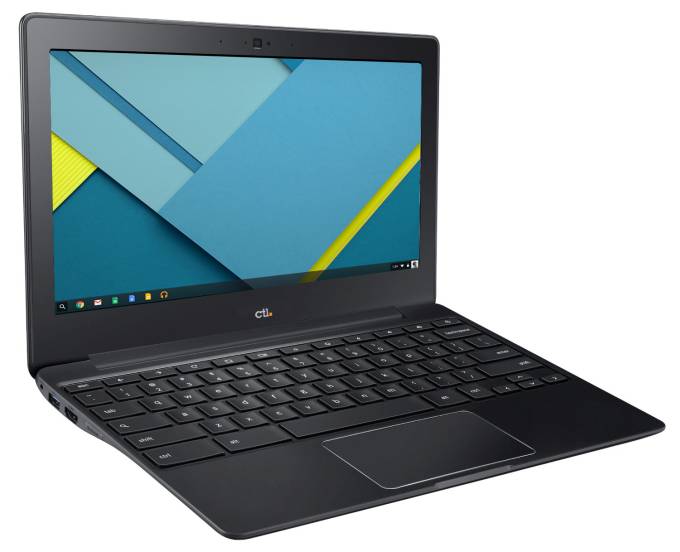 The company will offer two models, a $179 version with 2GB of RAM and a $209 version with 4GB. Education customers can add $20 to either the price and you also get Google’s Chrome Device Management license.

CTL says the Chromebook for Education is available starting today, and the 2GB model should ship in April, with the 4GB version coming in mid-May. 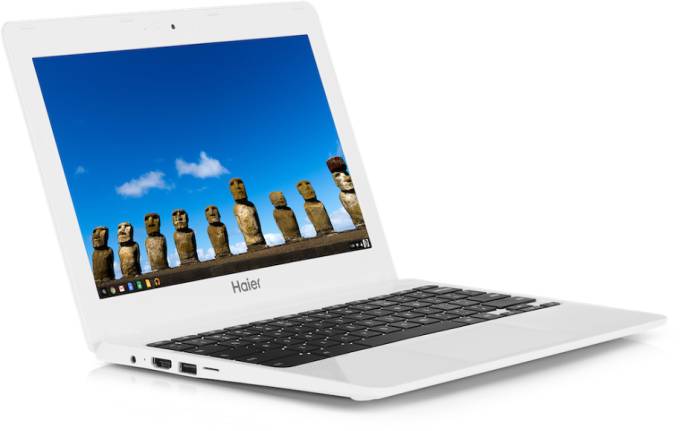 The laptop has two USB 2.0 ports, HDMI, headset, and SD card ports, a 720p camera, stereo speakers, and a mic.

This model goes up for pre-order from Amazon today for $149. 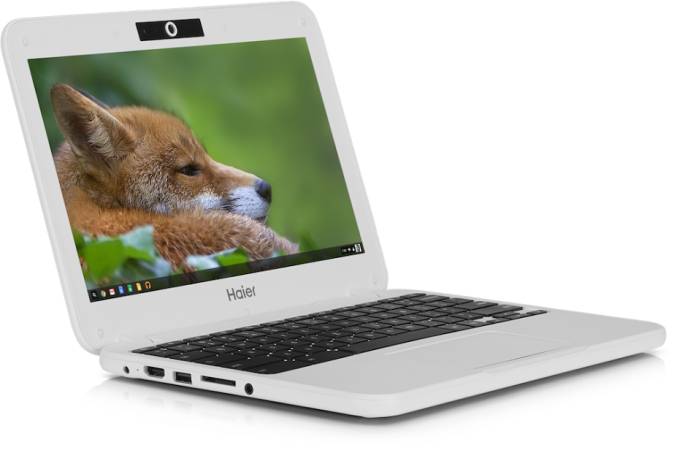 Haier will also a Chromebook 11e for education. This model has a rugged, spill-resistant design, and a built-in handle. which measures 11.5″ x 8.2″ x 0.9″, weighs 2.8 pounds, and has a removable battery (which is also good for up to 10 hours of run time).

The first Chromebook from Hisense is another $149 laptop that goes up for pre-order today. You can pick one up from Walmart. 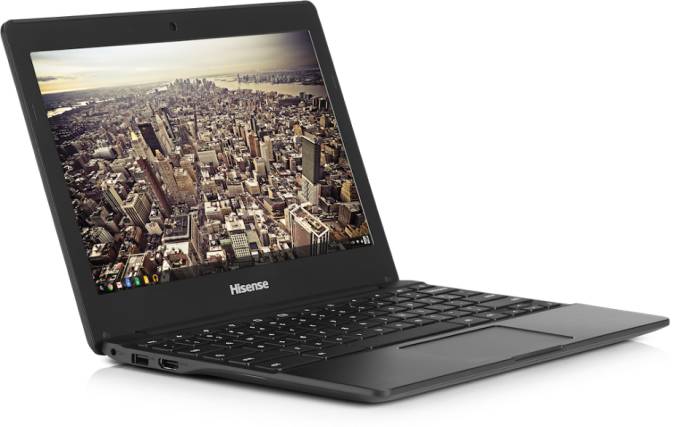 If those features sound familiar that’s because you read them a moment ago when I was describing the Haier Chromebook 11. The two laptops are remarkably similar, although Hisense only promises up to 8.5 hours of battery life instead of 10.

The laptop measures about 0.8 inches thick and weighs 3.3 pounds.

Asus is also introducing a new Chrome OS PC-on-a-stick called the Chromebit which should launch this summer for under $100.

And Google says new hardware is on the way from companies including Asus, Dell, HP, Lenovo, and LG, (not necessarily featuring Rockchip processors).

Commercial products from AOPEN and other partners are also on the way, for digital signage and other application.