Now another company called Gizmo 3D is showing off technology that uses a top-down process which is potentially even faster. 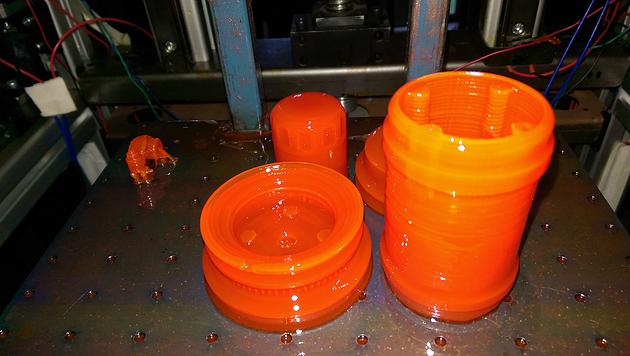 According to 3DPrint.com, the Gizmo 3D printer uses Direct Light Processing technology to create solid objects out of liquid resin, similar to Carbon3D. The main difference is that Gizmo 3D works from the top down to eliminate the suction problems.

Another reason Gizmo 3D stands out is that, instead of using the quick flash method of printing, it uses animation-like printing with no breaks between frames. The company’s founder, Kobus du Toit, calls it “continuous printing.”

du Toit claims that the Gizmo 3D is capable of printing a 150mm x 80mm x 26mm object with a 50 micron z-axis resolution in less than six minutes.

Gizmo 3D is planning to go to the public for crowd funding in September via Kickstarter. The goal is to offer three different sized printers, each with different printing capabilities for somewhere between $2,500 and $8,500.

The speed of a 3-D printer could be one factor that keeps the technology from being widely used by the general public. This type of technology will surely alleviate that obstacle. However, price is another factor.

At $2,500 minimum for the bottom-of-the-line version, we are still looking at a niche gadget that will mainly appeal to the well-off DIY fanatics.

Folks looking for cheaper (but slower) solutions might be better off with a $450 XYZprinting Da Vinci or a Printerbot model with prices starting as low as $349.