Mozilla’s Firefox OS is an operating system designed to run web apps. It’s been optimized for smartphones, tablets, and smart TVs. The operating system is based on open source software that can run on a range of different types of hardware including wearables and TV sticks.

Now the folks at Imagination Technologies have ported Firefox OS to run on a tablet with a MIPS-based processor. 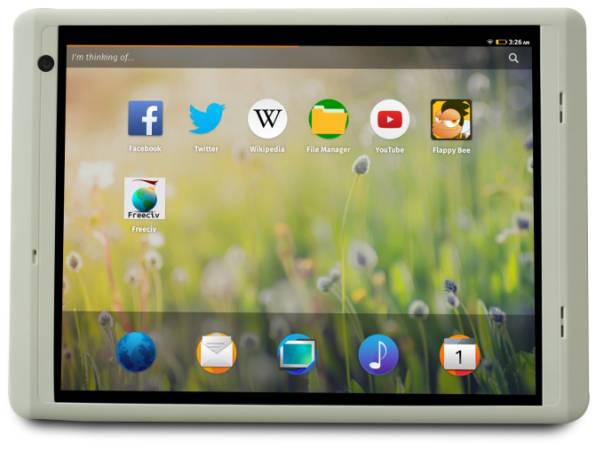 In addition to Firefox OS, the tablet can run Google Android.

Imagination says the tablet runs an experimental build of Firefox OS, but the tablet has the hardware to handle 1080p HD video playback and web-based video conferencing through apps that use the WebRTC protocol.

Interestingly, the company put out a video showing the tablet in action, and while it certainly can run Firefox OS, animations aren’t exactly smooth and the touchscreen isn’t very responsive. It handles YouTube videos pretty nicely though.

Imagination doesn’t plan to sell this particular tablet. But it’s described as a reference design, which means the company may be making the designs available to partners interesting in building their own Android or Firefox OS tablets with MIPS-based processors.

With a relatively low-res display and other modest specs, expect those tablets to be pretty inexpensive. In a blog post, Imagination suggests tablets based on this reference design could sell for under $100.