Facebook is opening up its Messenger app to third-party developers. Basically the app which currently lets Facebook users send messages to one another will become a platform with support for additional features.

Popular Chinese messaging app WeChat and others already offer similar features. But Facebook’s entry into the space could be huge: Messenger already has 500 million users, and the company owns messaging service WhatsApp, which has about 700 million more. 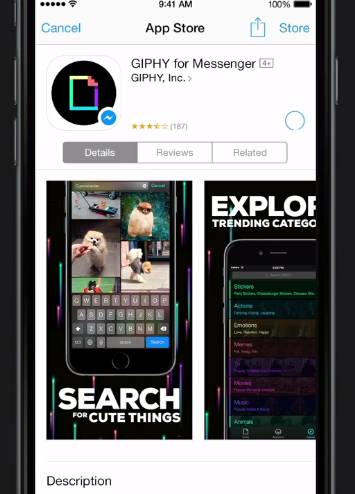 Messaging is available through the Facebook website and through Messenger apps for mobile devices. While chat features used to be bundled with the main Facebook app for mobile devices, the company recently launched a series of standalone apps for iOS and Android, while removing the functionality from its primary apps.

Opening up the platform to third-party developers will provide new ways for app makers to let users share content — and new ways to find users. Facebook will essentially have its own app store for Messenger apps. You can find and download apps, share them with other users, and then use the apps to find additional content to share via Messenger.

For instance you could fire up an app from within Messenger to find photos, videos, animated GIFs, or other content and share it in a chat. 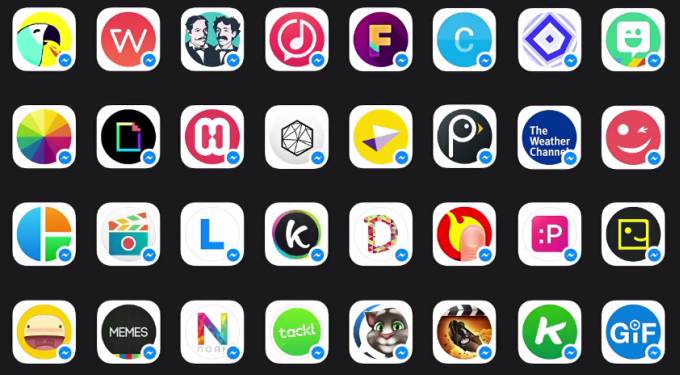 Facebook says there will be over 40 apps available at launch, and there’s an SDK that developers can use to create new apps for the platform.

Facebook is also adding support for business features: letting users track packages through Messenger after ordering a product, or get in touch with customer support… all without relying on email for confirmation.

Stores will be able to integrate the Messenger option into their checkout process to let you follow up on purchases with Facebook’s app. Basically it’ll create a news feed-like thread in Messenger, showing your purchase, letting you communicate with a store for refunds or questions, and even showing the location of your product when it’s shipped.

Facebook says businesses are treated as “first class citizens,” but you’ll only see messages from businesses after you’ve initiated a transaction so hopefully Messenger won’t fill up with spam from companies you’ve never bought anything from.