As promised, ECS is showing off new versions of its LIVA mini-desktop computer at CeBIT in Germany this week. 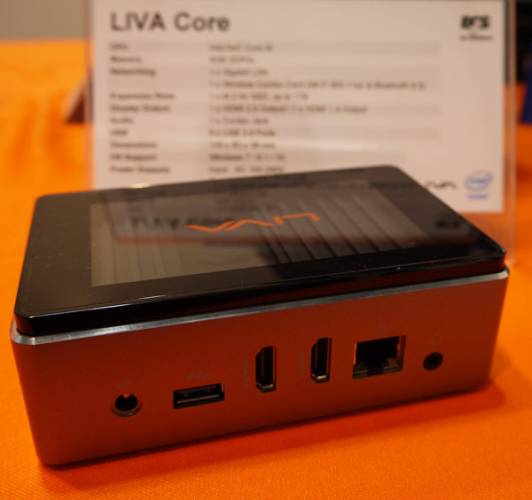 There are two new models on display at CeBIT: The ECS Liva Core, which features an Intel Core M Broadwell processor, and the ECS Liva X², which has a cheaper, lower-performance Intel Braswell chip.

Both of those chips are energy-efficient processors. But they should also bring the new computers a significant performance over current models.

The Braswell model will be available with 2GB to 4GB of RAM, 32GB to 64GB of storage, and support for an M.2 SSD. It has USB 3.0 ports, dual HDMI ports, a headphone jack, microSD card slot, and a Gigabit Ethernet jack. ECS is showing off a version of the Liva X² in a small white case with a sort of oval-shaped design. It measures 5.4″ x 3.3″ x 1.8″. 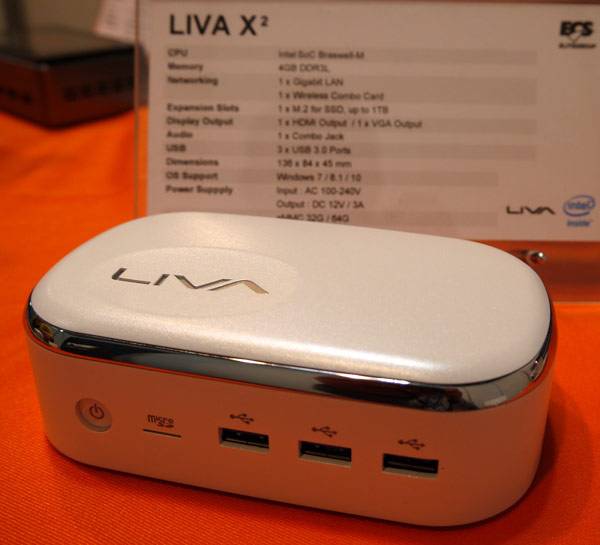 The more powerful ECS Liva Core looks a bit more like an industrial machine, with straighter sides (although the corners are round), and a clear panel on the top of the system which lets you peek inside (where you’ll see a heat sink and not much else). 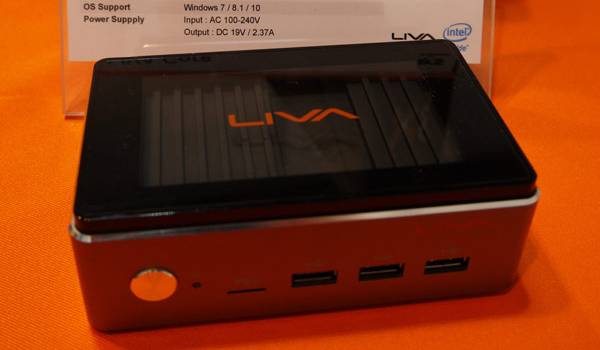 The ECS LIVA Core and Liva X² are both expected to go on sale around June, 2015. By December the company hopes to launch a version featuring Intel’s upcoming “Skylake” chip. It’ll probably still have a Core M processor… it’ll just have a newer version of that chip.