Gigabyte sells a line of tiny desktop computers under the BRIX brand. Some models have Intel chips while other have AMD. Most ship as barebones systems which means that while there’s a processor included you’ll need to supply your own storage, hard drive and operating system.

And some models have unusual features: like a built-in projector.

The Gigabyte BRIX GB-BXPi3-4010 is a small barebones desktop with a Core i3 Haswell processor and a built-in 75 lumen projector. The system has a list price of $350, but right now Newegg is selling it for $75 off — and that price includes 4GB of RAM and a 64GB SSD (but no operating system). 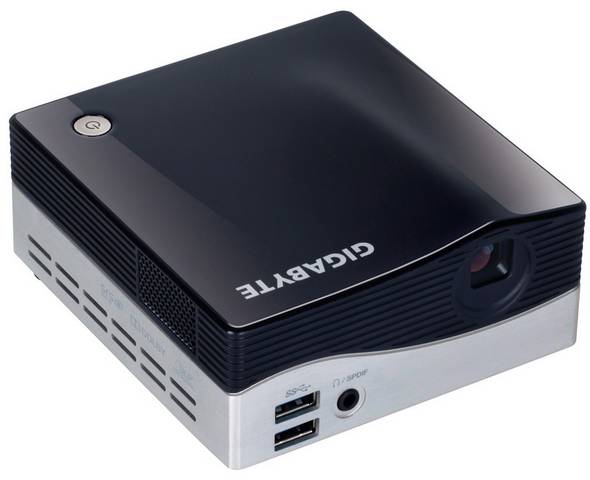