BlackBerry smartphones have some loyal fans… but there aren’t as many of them as there were a few years ago. So while BlackBerry isn’t ready to stop making hardware anytime soon, it’s not surprising that the company is taking steps to reach potential customers on the phone’s they’re already using… whether those are BlackBerry phones or not.

A little over a year ago the company launched BlackBerry Messenger for Android and iOS. Now the company is adding new features including support for BBM notifications on Android Wear smartwatches.

But BBM might just be the start of BlackBerry’s cross-platform offerings. This week the company unveiled something called the BlackBerry Experience Suite which could bring more apps and services to Android, iOS, and Windows Phone devices in the future. 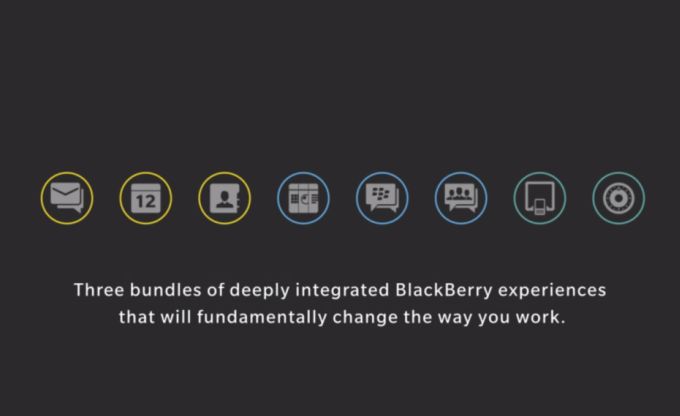 The Experience Suite has three components: the Productivity Suite, Communication and Collaboration Suite, and Security Suite. BlackBerry says users will be able to purchase just all three of those packs together or buy just the individual suites they want.

What’s not entirely clear at this point is who those “users” will be. Will BlackBerry offer these apps for anyone to download through the App Store and Google Play Store the way it does with its BBM apps, or will it try to partner with device makers to pre-load BlackBerry apps and services?

We might not know for a little while… Recode reports that the BlackBerry Experience Suite probably won’t be ready to launch until late 2015 or maybe early next year. Still, it sounds like good news for folks who like BlackBerry’s security or productivity features but prefer phones running Android, iOS, or Windows software.

Here are some of the services that BlackBerry plans to include.