I don’t mind a little bezel on my smartphones — it gives me something to hold onto. But I know some folks have been longing for a phone that has nothing but screen on the front.

We’re not quite living in the bezel-free future yet… but we’re getting closer. Chinese company LeTV is reportedly working on a phone that has next-to-nothing on the left and right sides of the screen. 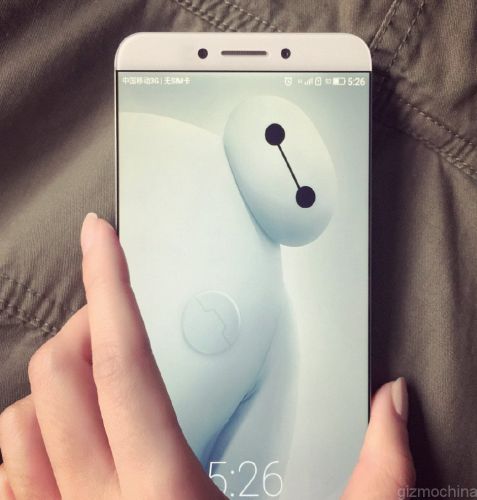 There’s still a bezel on top of the screen (which is where the speaker, camera, and light sensor hang out), and another at the bottom.

Speaking of the bottom of the phone, there’s at least one other thing that’s special about this phone: it has a USB Type-C connector like the new MacBook and Google Chromebook Pixel. We’ll probably see more and more devices with Type-C connectors in the coming months, but right now this one-port-for-everything connector is rare enough to be worth noting.

According to GizmoChina, the phone’s other specs are decent, but a little less out of the ordinary. It’s said to feature a 5.5 inch, 1080p display, a 2.2 GHz octa-core processor, 2GB of RAM, and 16GB of storage as well as dual SIM slots, a 13MP rear camera, and a 5MP front camera.

16 replies on “Bezels? Where we’re going we don’t need no bezels…”