The Asus Zenfone 2 is a line of smartphones with reasonably strong features and reasonably low price tags. Asus introduced its new Intel-powered phones at the Consumer Electronics Show in January, launched the product line in Taiwan earlier this month, and now it’s Europe’s turn.

The Zenfone 2 line of phones are now available for €179 and up. 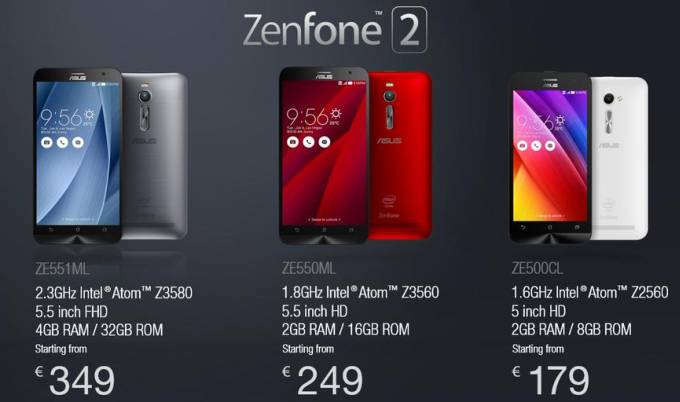 Want to know when you’ll be able to get your hands on one in the United States? Well, Asus is holding a Zenfone 2 event in New York City on April 28th, if that gives you any ideas.

So what makes the Zenfone 2 special? That kind of depends on the model.

US prices are expected to start at $199 when the Zenfone 2 family goes on sale in the United States.

via Android Central and Phone Arena

9 replies on “Asus Zenfone 2 launches in Europe for €179 and up, coming to the US in April”