Alcatel OneTouch is the latest company to partner with Cyanogen Inc to load that company’s custom version of Android onto a smartphone. The Alcatel OneTouch Hero 2+ is a 6 inch smartphone with a full HD display, an octa-core processor, and Cyanogen OS software.

It’ll be available in North America in the second quarter of 2015 for $299 and it’ll be sold unlocked. 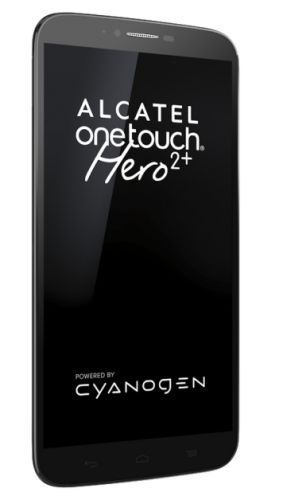 Other features include a stylus that fits into a slot on the case, a 13MP rear camera and a 5MP front-facing camera. The phone supports 4G LTE.

But the most unusual thing about the phone is probably its software. It will ship with Cyanogen OS 11 which is based on Android 4.4 KitKat. Cyanogen is a company founded by some of the lead developers of the open source CyanogenMod custom ROM which users have been installing on smartphones and tablets for years. But unlike CyanogenMod, Cyanogen OS includes closed source software and comes with the Google Play Store and other Google apps pre-installed.

Cyanogen software comes preloaded on a few other phones including models from Chinese device makers OnePlus and Oppo and Indian phone maker Micromax. The Alcatel OneTouch Hero 2+ will be one of the first Cyanogen OS phones to be widely available in the United States.

Of course, now that Cyanogen and Qualcomm have reached an agreement to load the software on future versions of the chip maker’s reference design hardware, phones with Cyanogen OS could become more common. But for now it’s still unusual enough to find a phone that runs Cyanogen OS that it’s worth pointing out the few that do.