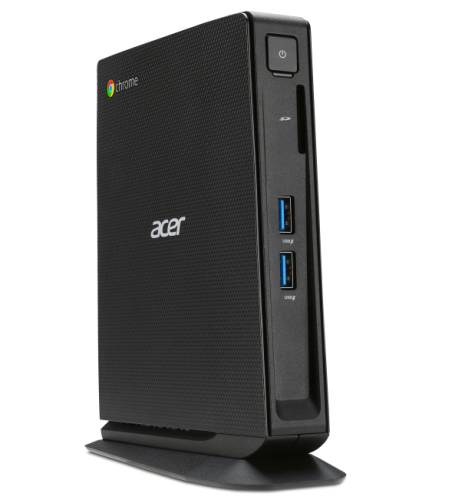 There’s also an Acer Chromebox XXI-i38KGM model with 8GB of RAM and a $400 price tag.

Both models feature 802.11a/b/g/n WiFi, Bluetooth 4.0, Gigabit Ethernet, four USB 3.0 ports (including two that can charge a phone or tablet even when the Chromebox is turned off), a microSD card slot, and HDMI output with support for 4K displays.

Acer isn’t the only company to offer a Chrome OS desktop with a Core i3 Haswell processor. Dell and Asus also have models with similar chips. But Acer is one of the first companies I’m aware of to offer a model with 8GB of RAM.

11 replies on “Acer launches a Chromebox with Core i3 Haswell”