As expected, Acer has introduced a new version of its Acer Chromebook 15 laptop. The new model features a 15.6 inch, 1920 x 1080 pixel display and an Intel Core i5-5200U Broadwell processor.

It should hit the streets in April for $499.99, although prices may vary in different regions. 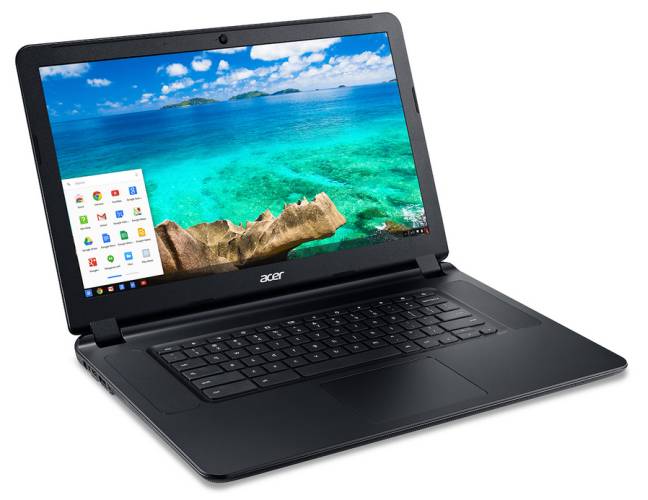 The Acer Chromebook 15 is already one of the largest Chrome OS laptops on the market. Now it’s also one of the most powerful. The only other Chromebook with a Core i5 Broadwell or faster processor is the new Google Chromebook Pixel 2 which sells for twice the price of Acer’s laptop.

The Acer Chromebook 15 measures 15.4″ x 10.1″ x 1″ and weighs about 4.85 pounds. It’s not the most portable notebook no the market — but while Liliputing tends to focus on affordable portable computers, large-screened laptops generally outsell small models.

Most of those large laptops tend to ship with Windows, but Acer is one of the first companies to offer a 15.6 inch model sporting Google’s Chrome operating system. Up until now the company only offered moels with Intel Celeron or Intel Core i3 chips.