Apple and Google both introduced new laptops featuring USB Type-C ports this week. The new 2 pound Apple MacBook and the 2015 Google Chromebook Pixel both use the new type of USB connector.

Both take advantage of some of the key features of USB Type-C: You can use the same port to charge your laptop, hook up a mouse, connect and chargea  smartphone, or attach external display.

USB Type-C can deliver up to 100 watts, which is 10 times more than the micro USB cable you probably use to charge your smartphone and more than enough to charge just about any laptop.

It can also handle data transfer speeds up to 20Gbs, supports DisplayPort, HDMI, and VGA video output (with an appropriate adapter), and supports reversible cables: there’s no way to insert a USB Type-C cable upside down.

Apple took advantage of that versatility by delivering a slim laptop that has just two ports: a headset jack and a single USB port. If you want to charge your laptop and connect a display or other peripherals at the same time you’ll need a $79 adapter. 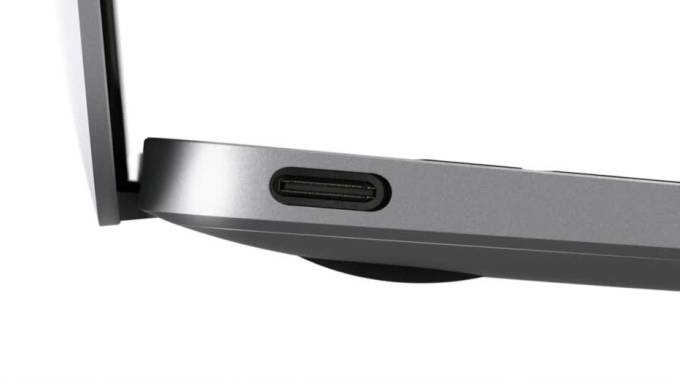 Google took a different approach. The Chromebook Pixel has two standard USB 3.0 ports, an SD card slot and two USB type-C ports: one on either side. That means you can connect a monitor using one port while charging the laptop with another. You can also plug in a charger on either side.

You will need an adapter to connect an external display, but Google sells a range of adapters and other accessories.

Google also points out that if you leave your charger at home but have the USB Type-C to standard USB connector you can actually charge the Chromebook Pixel using any standard USB charger including a smartphone charger. The laptop won’t charge as quickly as it would from the official power adapter, but it will charge. 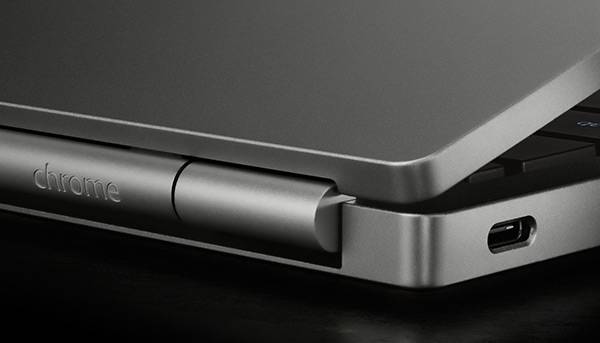 In fact, you can even charge one Chromebook Pixel from another Chromebook Pixel… and while you could theoretically run a cable from one USB Type-C port to another, Google advises against trying to use the laptop to charge itself.

So while Apple is using the USB Type-C connector to make a cleaner-looking, nearly wire-free laptop that uses wireless technology to connect a display (AirPlay) or other accessories (Bluetooth), Google is using the new connectors to let you use cables in new, more versatile ways.

They’re two different strategies that probably tell us a lot about the ways these two companies are approaching technology. Google says we should expect to see USB Type-C on a number of upcoming Android and Chromebook products, and I wouldn’t be surprised if Apple expands its use of the technology… what’ll be interesting is to see whether Apple goes all-in on wireless technology or if future MacBooks will have multiple Type-C ports.