Just last month, Microsoft took to the stage to introduce a new and improved Windows 10 preview. During their event they showed off a number of improvements and changes, like Cortana integration, Continuity, the Spartan browser, and a revamped Windows Store — where you’ll be able to find the slick universal apps they showed off. 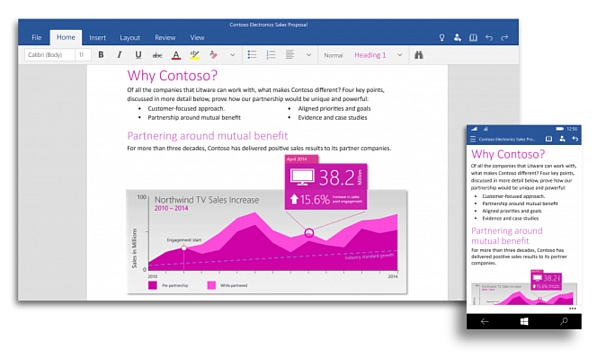 And now they’re ready to share the first batch with Windows Insiders. If you’re a member of the program and you’ve installed the January preview on your PC, you can head to the new Windows Store and download early versions of Microsoft’s upcoming Word, Excel, and Powerpoint apps.

As you can see, Microsoft is giving them a pretty major facelift. The Ribbon has been cleaned up in a big way; there’s no longer a cramped block of bullets, indents and justification icons cluttering the middle portion and font options have been similarly simplified. It’s all much more touch-friendly than Office 2013 or its online counterpart, a change that Windows 8 users have been waiting for ever since touchscreen PCs started rising in popularity. 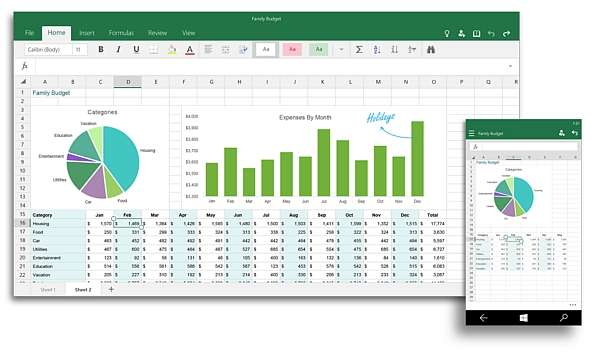 As for how “universal” the experience will be, it certainly looks like Microsoft has done a good job so far of keeping things consistent between the desktop and mobile versions. The new Office apps won’t be ready for quite a while yet, though, and there’s going to be plenty of tweaking and revising between now and release day.

If you’d like to help Microsoft iron out the kinks, fire up the Windows Store on your Windows 10 PC and search for Excel, Word, and Powerpoint (or just click the direct links in that last sentence if you’ve been reading this post on your Win10 PC all along).