Want to try a pre-release version of Windows 10 on your notebook, desktop, or tablet with an x86 processor? Microsoft has been offering free preview builds for months.

Want to try it on a smartphone? Now you can… maybe.

Microsoft has released the first build of Windows 10 Technical Preview for phones, and it supports several of the company’s recent Lumia phones. 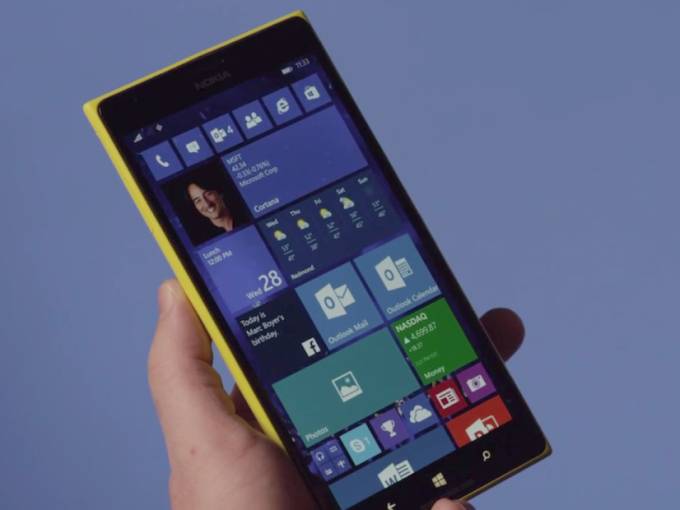 In order to try out the software you’ll need a Lumia 630, 635, 636, 638, 730, or 830 smartphone and you’ll need to join the Windows Insider Program. You’ll then need to register to receive the technical preview builds and they’ll roll out to your device as over-the-air updates, much like a normal OS update.

While Windows 10 for mobile is also expected to run on tablets with ARM-based chips, right now the preview is only available for a handful of phones.

In case the name didn’t make it clear, this is a preview version of Windows rather than a stable release: so it’s possible you’ll find bugs or unfinished, unpolished parts of the operating system. Microsoft plans to continue pushing out updates to resolve any issues that are found, but there’s also a built-in feedback tool which you can use to let Microsoft know what you think of things so far.

There’s also a new Windows Phone Recovery Tool that lets you backup your device and restore Windows 8.1 if anything goes wrong while you’re testing Windows 10.

Among other things, Windows 10 for mobile adds a few new features that weren’t available in Windows Phone 8.1 including full-sized background images for the start screen, additional quick actions for the action center, support for interacting with some notifications, and better speech-to-text support.

Windows 10 for mobile shares code with Windows 10 for PCs… but that doesn’t mean you’ll be able to run desktop apps. This is a smartphone version of the operating system that’s been optimized for touchscreen displays and ARM-based processors. But it’ll support universal Windows apps designed to run across a range of devices including phones, tablets, notebooks, and even Xbox consoles.