Sony has started taking pre-orders for its Google Glass competitor. The Sony SmartEyeglass Developer Edition SED-E1 will ship in March, with pre-orders already open in the UK and Germany.

It sells for 670 Euros, 520 pounds, or $840, depending on one market you’re in, and it should be available in 10 countries including the US, Japan, and several more European countries in March. 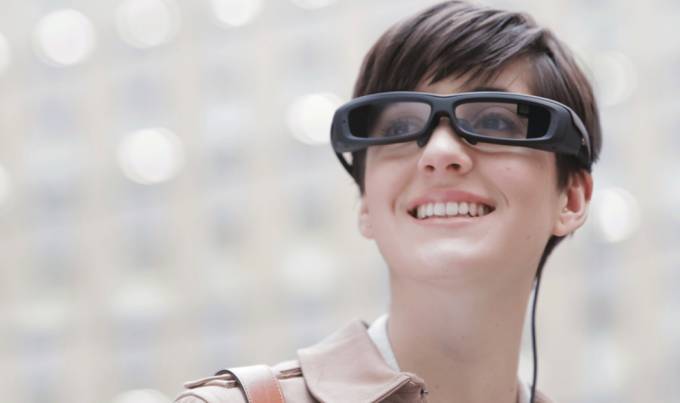 Sony launched a developer preview of its smart glass project including an early version of a software developer kit in September. Now that hardware is just about ready to ship, Sony is launching the official SDK.

Sony’s hardware includes a set of glasses with transparent lenses that can display text or other graphics, but which are 85 percent transparent which means that graphics are overlayed onto the real world and shouldn’t keep you from seeing what’s in front of you.

While Google Glass Explorer Edition puts a separate color lens above one eye, Sony’s setup puts monochrome displays in front of both your your eyes. 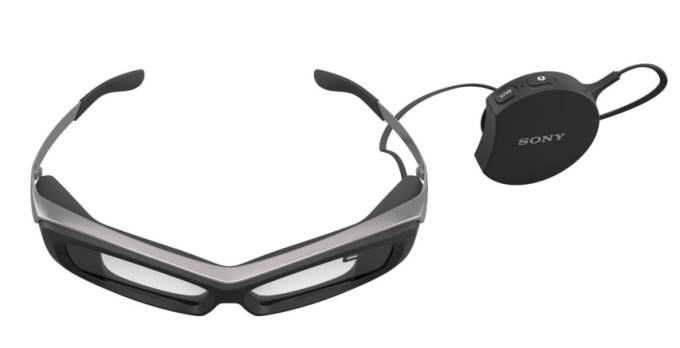 There’s a separate controller which has a battery, speaker, microphone, touch sensor, and NFC and you can pair the glasses with a smartphone via Bluetooth or WiFi to access GPS or interact with Android apps.

Sony SmartEyeglass can work with devices running Andorid 4.4 or later, offers up to 150 minutes of battery life during continuous use and has a 3MP camera (for still images, or JPEG video with no sound).

Sony says there will be a selection of SmartEyeglass apps available from the Google Play Store, including Facebook, Twitter, Gmail, calendar, and RSS apps. You can find these using a SmartEyeglass app for Android. But while Sony is starting to sell its SmartEyeglass systems, these are still developer edition devices: the company is encouraging app makers to create more software for the platform. Early adopters might want to pick one up, but it remains to be seen whether Sony’s wearable headset will be any more popular with developers or users than Google Glass.

The good news is that even as a developer edition device, SmartEyeglass costs about half as much as Google Glass Explorer Edition devices did… right up until the moment Google stopped taking orders for the product, shut down the Glass Explorer program, and said that if and when Glass re-emerges, it may look very different than it does today.