The new $35 Raspberry Pi 2 mini-computer isn’t just faster than the original model that launched 3 years ago. It’s also more versatile: in addition to supporting Raspbian and other Linux-based operating systems, the single-board computer will also be able to run a version of Windows 10. 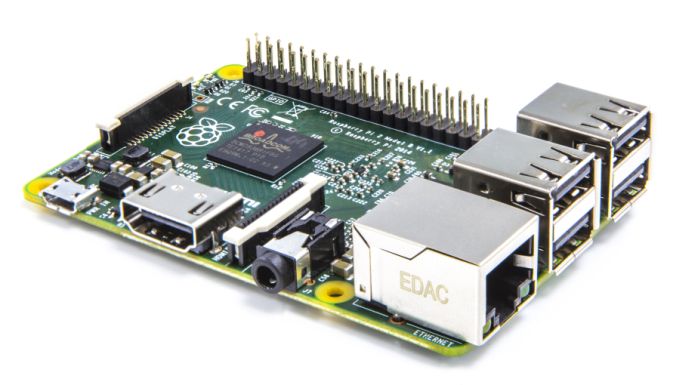 Later this year Microsoft will offer Windows 10 for free through the Windows Developer Program for IoT.

Don’t expect this version of Windows to have all the features you’d get if you bought a desktop or notebook PC with an Intel or AMD processor. The Raspberry Pi 2 has a quad-core, ARM Cortex-A7 processor that’s more like the type of chip you’d find in a phone or tablet than one you’d normally see in a desktop computer.

That means you probably won’t be able to run desktop-style apps. But Microsoft doesn’t expect you to use Windows 10 to turn the Raspberry Pi into a full-fledged desktop computer. Instead, it’s offering the software to Makers and developers interested in building “Internet of Things” projects around the tiny, low-power single-board computer.

Up until now developers interested in using a Raspberry Pi were limited to using Linux, while folks who wanted to develop using Microsoft’s platform would have to use something like an Intel Galileo board.

Microsoft isn’t the only software company jumping on the Raspberry Pi 2 bandwagon.

Canonical has announced that Snappy Ubuntu Core is compatible with the new mini-computer. That’s a lightweight version of the popular Ubuntu Linux operating system designed for cloud-based applications and smart devices.

In other words, Microsoft and Ubuntu both see the Raspberry Pi 2 as an inexpensive device that developers, hackers, and other DIY types can use to build Internet-of-Things software ore hardware.

But when I spoke with Eben Upton about the new hardware he also suggested that unlike the original Raspberry Pi, the new model really is fast enough to use as a full-fledged computer for basic computing tasks. Just don’t expect to use it that way if you’re running Windows.