Chipmaker Qualcomm is ready to launch four new chips for the 600 and 400 tier Snapdragon processors. The new 415 chipsets will start appearing in mid-ranged smartphones by the first half of this year with the rest arriving in the second half. 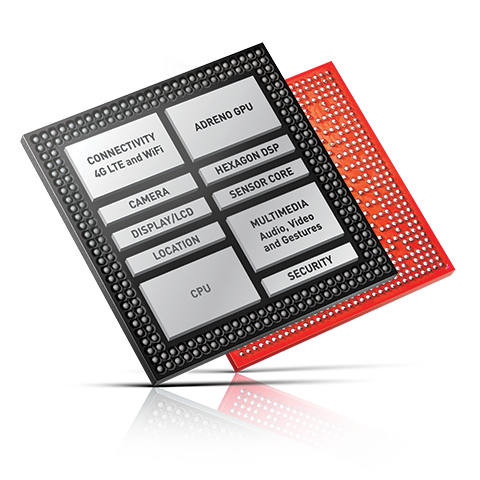 The 600 tier chip will now be capable of 4K video capture and playback, 13 MP camera support, and Qualcomm’s Adreno GPU for better graphics.

This announcement comes only two weeks after Qualcomm announced its top-tier Snapdragon 810 processor. The 620 and 618 chips feature some of the same specs that were previously only available in the 800 tier. The 425 chip is the first in the 400 series to feature X8 LTE connectivity.