Paranoid Android is a custom version of Google Android known for bringing innovative features to smartphones and tablets including alternate methods for interacting with notifications, on-screen buttons, settings, and more.

The developers of Paranoid Android have just released the first public build of their software that’s based on Google Android 5.0… and most of those special features are missing for now. 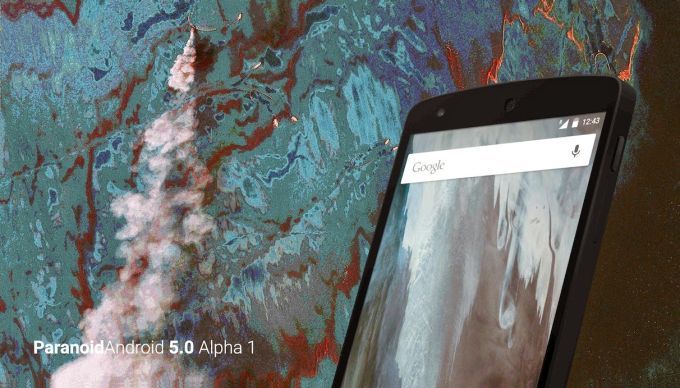 Paranoid Android 5.0 Alpha 1 is now available for download for a number of phones and tablets including the Google Nexus 4, 5, 7, 9, and 10, the OnePlus One, Oppo Find7, and a few other devices.

Alpha 1 is based on Android Open Source Project code for Android 5.0.2 Lollipop and includes a few tweaks including a Quick Unlock feature, additional options in the power menu, an option to skip songs with the volume buttons when your device is locked, and support for the CyanogenMod 12 theme engine.

But for the most part, Paranoid Android 5.0 Alpha 1 looks a lot like the software you’d see on a Google Nexus phone..

Future updates might bring other features. But the main reason to give this software a try is to support the team and to help test its first build based on Lollipop.

Note that you’ll probably want to backup your device first using TWRP, ClockworkMod or another custom recovery tool. The developers recommend doing a clean install of Alpha 1, which means your apps and other data will be erased. So if you think you might want to go back to the software you’re currently using, it’s a good idea to back everything up before installing Paranoid Android 5.0 Alpha 1.