The New York Toy Fair, the world’s largest annual toy convention starts this week. On the first day press were allowed inside, Mattel dropped a huge announcement that it will be revamping its View-Master to be compatible with the Google Cardboard virtual reality platform.

Now, instead of needing cardboard frames to see images pop out at you, you can use a smartphone to virtually get inside the scene. 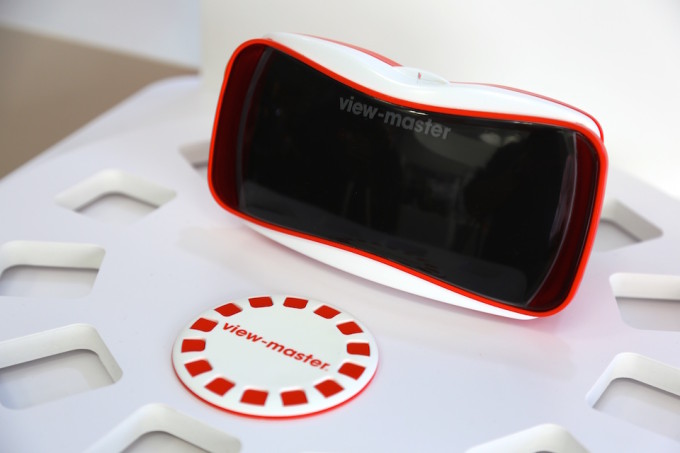 The updated viewfinder case looks similar to its predecessor, but with a tech twist. It looks a little bit more like a kids version of the Oculus Rift. Instead of two separate eye pieces that you would hold up to the light in order to get the best view, the entire front piece is one unit.

Instead of inserting the cardboard slide, users will insert a smartphone and “look at” one of Mattel’s Google Cardboard VR-based experience reels. The reels look similar to their cardboard predecessor, but are instead outfitted with what can best be described as some sort of code scanner, which brings up the content, such as San Francisco, outer space, or dinosaurs.

Then, as you explore the 360-degree world around, you’ll be able to select viewpoint locations to investigate further. There will also be additional information about the subject matter, like historical video footage, photos, and behind-the-scenes stuff.

The device will also work with other Google Cardboard apps, and will support iOS.

The updated View-Master will be available in October for around $30 and will include one experience reel. Sets of three additional reels will eventually become available for $15.

Can I just say, in case my friends and family are reading this, that I really want one. They will be out before Christmas.

If you don’t want to wait for the View-Master to come out, you can always pick up a Google Cardboard device right now for around $10 for a basic model or $25 for an NFC supported model (or, you could make one yourself).