The bad news is that there a lot of restrictions… including one that could make it awfully difficult to actually use your phone on a different network in some cases. 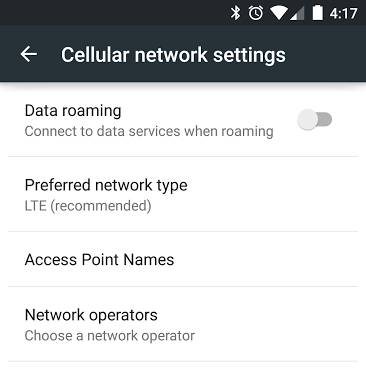 The most important restriction is that most carriers will only promise to unlock your phone once it’s paid in full and your contract is up. So if you’re paying for a phone in monthly installments over the course of a 2-year contract, that means you’ll either need to wait until the contract is up, or pay an early termination fee and pay the outstanding balance for your phone.

But even if your device is paid for, you might run into trouble when trying to take it to another carrier. For instance, Ting is an MVNO (Mobile Virtual Network Operator) that lets you build your own voice, text, and data plan while using Sprint’s wireless service. Theoretically if you have an unlocked Sprint phone, you should be able to bring it to Ting and save a lot of money.

Up until recently you’ve only been able to use Sprint phones that were more than a year old with Ting. Now you ca bring recent devices including the iPhone 6… but Sprint blocks you from activating your device with Ting if you have any outstanding balance on your Sprint account. That includes your most recent phone bill… which you almost certainly haven’t paid yet if you’re planning to port your phone and your phone number to ting at the same time because you probably haven’t even received your final phone bill yet.

Ting customers have been complaining about this since the new program was put in place, and the Ting team has joined in the complaints with a company blog post… and an offer to provide a service credit to customers who failed to pass the Ting compatibility test thanks to Sprint’s new policies.

While the Sprint/Ting example is a pretty big caveat to the whole “you can ask your carrier to unlock your smartphone” thing, (which also affects FreedomPop and other MVNOs that use Sprint’s network) there are some other things to keep in mind, such as:

As for Sprint, it tells the folks at Fierce Wireless that if customers are dissatisfied with the financial requirements for unlocking a device or porting a phone number, they should contact Sprint directly.

thanks Miguel for heads up about Sprint’s new policies

14 replies on “Major US carriers let you unlock your phones, don’t always make it easy”