LG is introducing a new smartwatch that can double as a phone. The LG G Watch Urbane LTE supports phone calls and text messages, works with LTE data, and supports push-to-talk for walkie-talkie style communication on supported networks.

It also features an NFC chip and software that lets you use the watch for mobile payments.

LG plans to show off the G Watch Urbane LTE at Mobile World Congress next week. 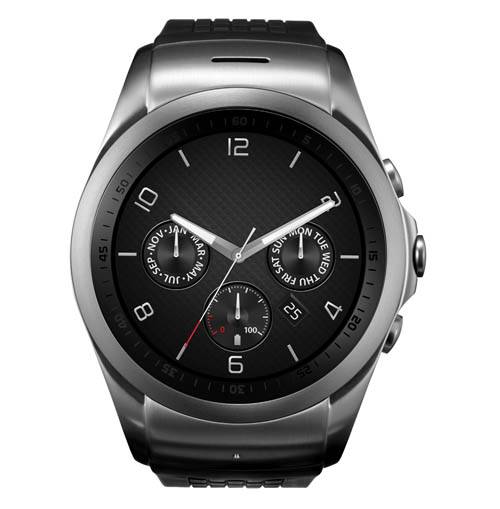 If the watch looks familiar, that’s because it’s basically the same device as the G Watch Urbane luxury smartwatch LG introduced earlier this month. But not only does this model feature cellular and NFC capabilities, it also has a bigger battery and more RAM than the non-LTE model.

The watch is powered by a 1.2 GHz Qualcomm Snapdragon 400 processor and runs software which the company calls the LG Wearable Platform. In other words, this will be one of LG’s first smartwatches that will not run Android Wear.

CNET reports LG Wearable Platform is based on webOS, but when The Verge asked LG about the operating system, LG said it wasn’t webOS. This might just be a question of semantics though, if the software is based on webOS that doesn’t necessarily mean it is webOS.

WebOS was originally a mobile operating system designed for Palm smartphones before HP acquired Palm Inc, adapted the software for tablets, and then canceled the whole program after dismal sales of the HP TouchPad tablet. LG eventually acquired much of the technology behind webOS and uses the software to power its smart TVs.

The company also started showing off a webOS-based smartwatch prototype at CES in January, indicating that LG might have plans to expand its use of the software and create an ecosystem that LG would have more control over than it does with the Android software that runs on the company’s current smartwatches and phones.

Samsung is taking a similar approach with Tizen, a Linux-based operating system available for some Samsung smartwatches, phones, cameras, and TVs.

This doesn’t mean LG is giving up on Android Wear though — the company continues to offer a line of watches running Google’s software. Even the non-LTE version of the G Watch Urbane runs Android Wear. So why use a different operating system for the G Watch R Urbane? Maybe because Android Wear doesn’t currently support cellular capabilities.