Intel is changing the branding on its low-power Atom processors. While Intel will continue to use the Atom name for chips aimed at a broad range of devices including smartphones, tablets, notebooks, and desktops, it should be a little simpler to figure out what kind of performance to expect from a chip by glancing at its name. 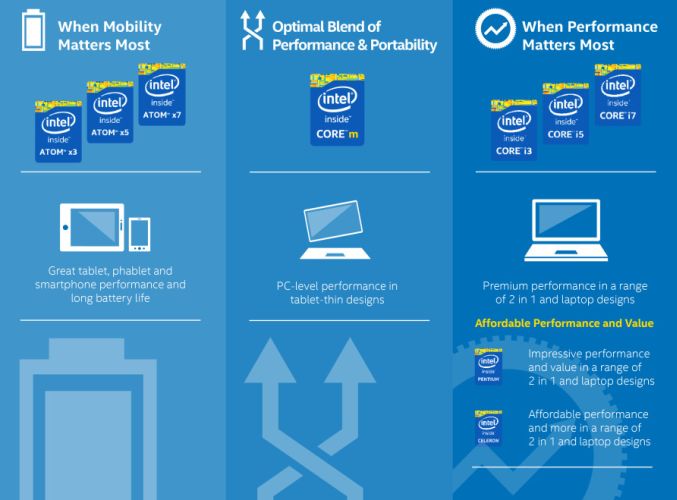 Basically Intel is taking the same approach with its upcoming Atom chips that the company has been using for its higher-performance Core series chips for years. The new chips are named according to a “good/better/best” scheme much the way Intel’s Core i3, Core i5, and Core i7 processors already are.

Atom x3 chips are basic processors aimed at smartphones and entry-level tablets. Atom x5 processors will offer better performance. And x7 chips will be the highest-performance chips in the Atom family… although Intel will continue to offer Core M processors which bridge the gap between Atom and Core i3 chips by offering a low-power, higher-performance (and higher cost) solution.

The new naming scheme will likely roll out with Intel’s next-gen “Cherry Trail” processors which are set to launch later this year.